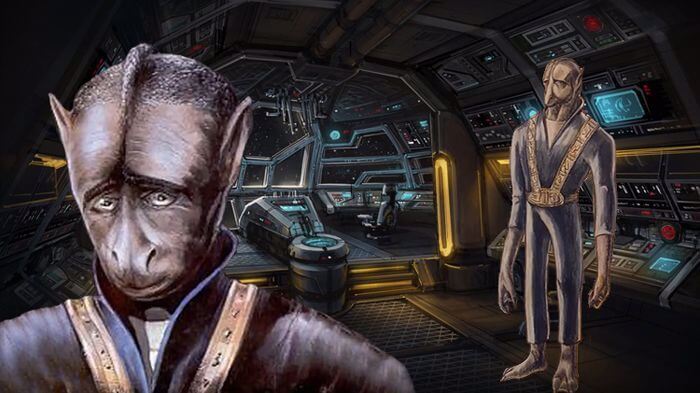 “The Iargan extraterrestrial race comes from the planet Iarga, which is a green planet with a population 100 times larger than ours. The diameter and mass of Iarga, are much greater than the Earth’s. The Iargan alien beings are very evolved and spiritual, and highly technologically developed.”

Not familiar with this race at all however my granddaughter might be, some of drawings look familiar to this Species,

According to Wendelle Stevens and Stefan Denaerde, the planet Iarga is inhabited by a highly advanced society, both technologically and spiritually. The planet supposedly is some 10 light years away from Earth. It is a green planet, with a population 100 times larger than ours. In the book, ‘UFO: contact from planet Iarga,’ Denaerde claims he got in touch with the Iargans, while sailing the Oosterschelde in Holland. They have invited, and taken him to their planet.

A quote from Wendelle Stevens:

“We have been working for over two years on another UFO contact case that began in July of 1967, one of the heaviest UFO activity periods re corded in modern times, and is still going on. These extraterrestrials come from an atmospheric planet about 10 light years from Earth, a planet which they call Iarga. It has a diameter and mass greater than that of Earth, and the acceleration of gravity at the surface is stronger. The atmosphere is much more dense than ours. They said an Earth human would be pelted to death in the rain on their planet. The speed of rotation is slower making the days and nights longer, but reflected sunlight from the regular twilight can brighten certain nights. Because of the thicker atmosphere and higher air pressure at the surface, which is even a different composition than ours, Iarga knows no bright sunlight and sees nothing of moons and stars. Green predominates as the atmospheric color.
The creatures there are a little larger than us are look quite different. They are very stockily built. Their ship and its equipment and furnishings give evidence of a very highly advanced technology.”

LOCATION: Iarga is approx. 10 LY from Earth.
“Iarga, the home of these astronauts, is a planet in another solar system, not much more than ten light years away from US. More details of the location of the planet they would not tell me. The diameter and mass are much greater than the Earth’s; the gravitational force is greater and the atmosphere is much thicker. The speed of rotation is much slower than that of Earth, so that the duration of day and night is longer, but the regular tilting of the rings around the planet change certain days into nights and certain nights into days, due to the fact that the rings reflect the sunlight.

As a result, Iarga does not have the regular pattern of day and night that we know. Because of the thicker atmosphere and higher air-pressure, which is of a different composition than ours, Iarga knows no bright sunlight, and sees nothing of the moon or stars. A permanent layer of mist exists at the higher levels of the atmosphere which filters the sunlight. The color blue only appears in lighter tints and green is more pronounced there than here, which may account for the fact that they seem to have a preference for blue in their artificial lighting. They describe the Earth as the blue planet with the blinding light, and, in contrast, Iarga as the green planet with the misty light. The living conditions are very different from those on Earth. Temperature extremes are much less than here, but when you hear that the wind speed can reach three times our maximum, and that ram and snowfall can be as much as ten times greater, and you combine this with the fact that the terminal velocity is much higher, it becomes dear that it would be very unwise for any of Us to be caught in a rainstorm on Iarga! ”

PHENOTYPE: bipedal, almost humanoid looking; The Iargans stand approximately five feet tall. They were originally amphibians. They have webs between their fingers and toes. Compared to us, what stands out are their longer arms, the rubbery muscle formations, and the armored skulls.

“It was the hypnotic effect of their eyes, with their large, rectangular pupils) that made the deepest impression on me. They were the thoughtful, peaceful eyes of deep philosophical thinkers that were studying me with quizzical friendliness. Their heads were about the same size as ours, only slightly deeper toward the back; and in the middle of the skull was a bony ridge that changed into a deep groove in the center of the forehead. It gave the impression of a skull divided into two separate compartments. Toward the back of their heads the ridge ended in a semicircular muscle formation that ran down the neck and into the shoulders, making the side view of the neck much heavier looking than ours. The same is true of the whole construction of their bodies. They were much more solidly built than we are. Their arms and shoulders, although of much the same proportions as ours, were much heavier and more muscular and, combined with the clawlike hands, gave an impression of strength that would have come a dose second to a bench vise. All this combined with their broad chests and short stocky legs made them look as though they would not even step out of the path of a gorilla!

Their muscle tissue also seemed to be different, more like solid rubber, and their thin skin followed the contours of their muscles more closely than ours. The top of the head to the back of the neck was covered with short, smooth hair that shone like the coat of a smooth, furry animal. The color of this hair was different with each of them; rust-brown, gold and silver-gray showed either separately or mixed. Their hairless skin had a pale, glasslike sheen to it. Along the edges of the face the skin showed slightly darker gray-brown than in the middle. As they turned their heads, the skin seemed to reflect the light and shade of their surroundings. This changing color effect was something that caught my attention many times. Their teeth were two seamless white strips, above and below, that closed in a scissorlike fashion. Both their teeth and the yellow-white of their eyes reflected the strange lighting in such a way that their faces looked slightly artificial. Their movements were also strange.

Joshua David Stone: Their planet has a much thicker atmosphere, so the people of Iarga do not see bright sunlight, and see nothing of the moon or stars. Iarga is a green planet with a type of misty light. They refer to Earth as the blue planet. Temperature extremes are much less, but rain and snow can be ten times greater. The ocean is a bright green color. Their population is 100 times greater than that of Earth. Iarga is almost completely covered with water. Their amount of dry land is much less that that of Earth, so they have to be extremely efficient in how they run their society. Stefan viewed the most amazing transoceanic rail connections and housing facilities. They also have no money on Iarga. They have an entirely different kind of political and economic system based on total equality for all. They call this system cosmic economics. It is not like communism or capitalism.

They hold selfless service, immortality, and cosmic integration as their highest goals. There are no class distinctions and chores are shared by everyone. The women are total equals to men. Their society is totally based on a type of “Christian love”.

“Their sex drive is totally different than on Earth, for theirs is born completely of love and not lust. A man and woman relationship, based only on sex would be considered completely degrading. The consciousness is very much in tune with mind over matter. They view Earth’s isolation as bring that not only of isolation from extraterrestrial intelligence, but also from God and the goals of His creation. Our isolation will end when the masses of humanity acknowledge God and their true purpose for being on Earth. There is much more I could share about this most fascinating civilization, however, for the purposes of this book I just want to give you a taste and flavor of this most interesting galactic neighbor. These beings may look strange to us in appearance, but not in terms of what lives in their hearts and consciousness.”

This case was originally published as fiction for a number of reasons. The case has been investigated by quite a number of researchers, including Wendelle Stevens and Rune Øverby. This is what Rune Øverby has to say about the witness:

The witness, Stefan Denaerde, is a very well educated and highly articulate master mechanical engineer and an architectural artist as well, a rare combination ideally suited for this contact if the alien visitors wanted their information to be understood and presented with any degree of accuracy.
The witness is also a well known multinational industrialist in Europe whose real name would be immediately recognized. He is the owner of several companies doing international business. To preserve his identity in order to protect his private life, we are using a pseudonym given him by the extraterrestrials themselves. They referred to him as “Stef van den Aerde” (Stef of the Earth) from which Stefan Denaerde was derived. When I first met this man I was surprised by his size. He is a big man, about 6’4″ tall and weighing perhaps 220 to 230 pounds.
He dresses conservatively in expensive business suits and is very courteous and polite. He is mild mannered and introspective by nature, and speaks with almost perfect economy of words. He says what he means and means what he says. In discussions he is not given to elaboration and volunteers little information by himself He answers questions forthrightly, directly and honestly, and looks one right in the eye as he speaks. He is not known to tell fictitious stories, but is considered to be a model of truthfulness and integrity.
He lives in an upper class quiet neighborhood in a professional suburb of Den Hague. His home, on a beautiful treelined street, looks to have a $150,000 to $200,000 value, and is well maintained and beautifully landscaped. It faces a park reserve across the street from him. The neighborhood looks scrubbed dean. This man was not a UFO buff and has no collection of UFO books and journals. He does not lecture or talk on his experience publicity or privately. He does not write articles on it or give interviews. He did not believe in the phenomena and had gone to no pains to evaluate if before his own contact. He still does not believe in UFOs as such.

Most of this information is from Rune Øverby’s investigation of the case.