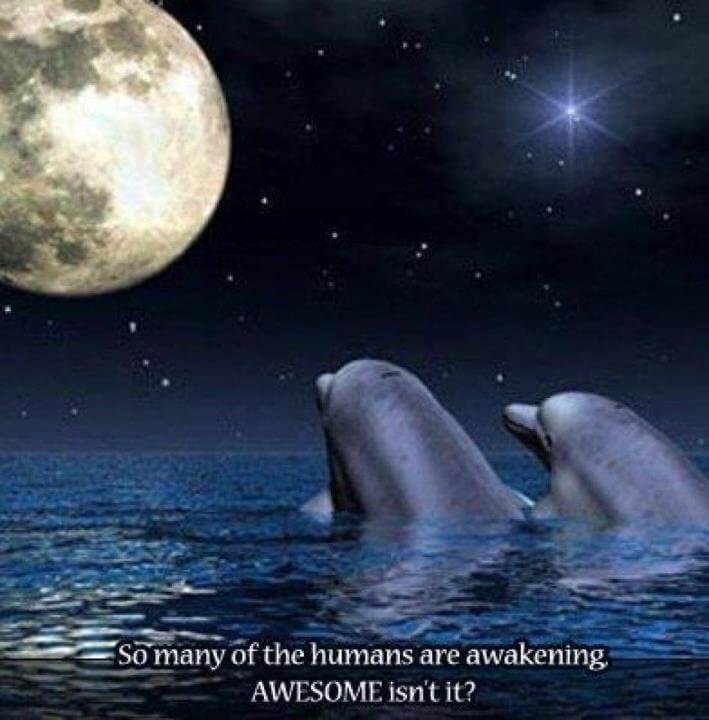 Dolphins have intrigued people for thousands of years, not only for their intelligence, but for their connection to us and our galactic history.

The Dogon tell the legend of the Nommos, awful-looking beings who arrived in a vessel along with fire and thunder. The Nommos, who could live on land but dwelled mostly in the sea, were part fish, like merfolk (mermaids and mermen). Similar creatures have been noted in other ancient civilizations — Babylonia’s Oannes, Acadia’s Ea, Sumer’s Enki, and Egypt’s goddess Isis. It was from the Nommos that the Dogon claimed their knowledge of the heavens.

The Dogon also claimed that a third star (Emme Ya) existed in the Sirius system. Larger and lighter than Sirius B, this star revolved around Sirius as well. And around it orbited a planet from which the Nommos came.

The Nommos are a race of Beings that takes the physical forms of dolphins, whales, mermaids/mermen. Their home world is a planet in the Sirius star system that is mostly warm aqua-blue water. Many of the Nommos walk upright. They are known for their highly advanced used of sound. 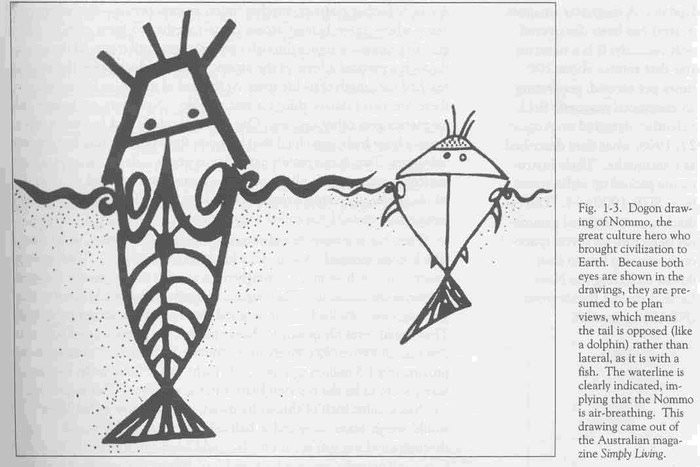 The Nommos play an important role in earth’s evolution. Right now they are the guardians and guides of the portion of Etheric Sirians who are in dolphin, whale, and mermaid/merman bodies in order to maintain the biosphere of earth.

The Etheric Sirians is the soul group that was given earth as their new home when their former home, Sirius B, imploded.

When Earth ascends the Etheric Sirians will take over as guardians of their planet. Those in aquatic form will have the choice to change form and take on a human body, walking the earth as a land guardian. Many of the Etheric Sirians in aquatic forms are making this choice now and, therefore, are beaching themselves. They are returning to the Nommos home world for training on being in a human body so that they can return to earth as land guardians.

Those who are of the Etheric Sirian soul group are usually very drawn to the whales and dolphins. They also can be found in organizations and groups whose focus is healing the earth and conserving her resources. The majority of Etheric Sirians are found among the black, red and brown races of Earth.

“The Dogon say that their astronomical knowledge was given to them by the Nommos, amphibious beings sent to earth from the Sirius star system for the benefit of humankind. The name comes form a Dogon word meaning ‘to make one drink’, and the Nommos are also called Masters of the Water, The Monitors, and The Instructors. They came to earth somewhere to the northeast of the Dogon’s present homeland. When their vessel landed (after a ‘spinning or whirling’ descent and with a great noise and wind), it skidded to a stop, scoring the ground….At that time a new star (perhaps a mother ship) was seen in the sky.”

The legend depicts the “Nommos” as partly fishlike in appearance and living mostly in the sea. These creatures bear a striking similarity to the creatures called Oannes by the Babylonians and the Sumerian creature called Enki. Even the Egyptian god Isis was depicted as what would be later termed a mermaid. In all cases, these “gods” were related to the worship of Sirius. 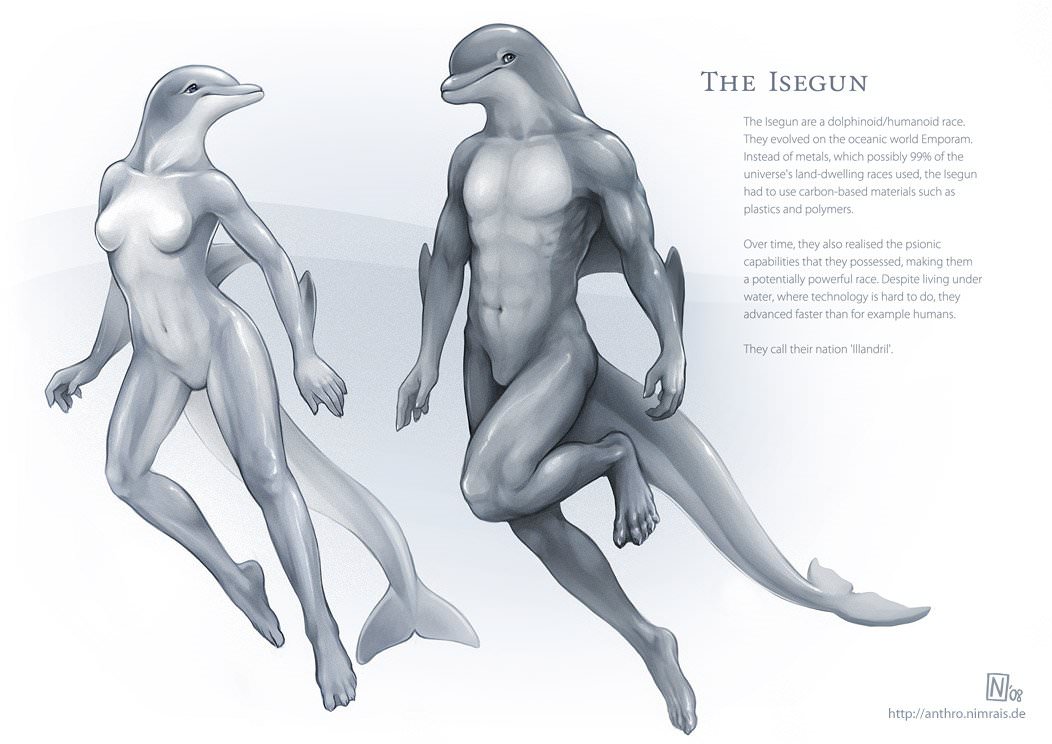 The Dogon, say that the drawings on the walls of their cave showed them about certain beings who came to Earth a long time ago and information about where they came from. These drawings show a flying saucer coming out of the sky, and landing on three legs. Then it depicts the beings in the ship making a big hole in the ground, filling it with water, jumping out of the ship, and into the water, and finally coming up to the edge of the water. These beings looked very much like dolphins. In fact, maybe they were dolphins, but we don’t know for certain. They then started communicating, and described where they came from, and gave the Dogon tribe this information. 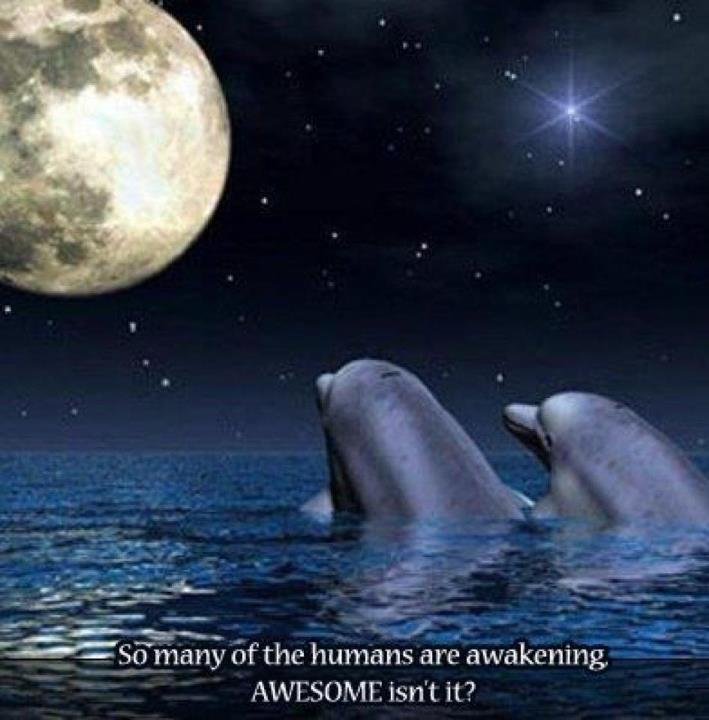 A very interesting mythological story about whales and dolphins concerns a tribe in west Africa called the Dogon of Mali. The Dogon, whose culture is alive and well today, at one time lived on the southern coast of the Mediterranean. They have many religious and creation beliefs which very much involve the whales and dolphins. They have perpetuated these beliefs in their religious ceremonies and in the form of sand drawings.

In their basket weavings they had 50.8 divisions, the reason for which is that they had quite specific knowledge of the Sirius star system which is a binary star system. They understood how Sirius B, the white dwarf, moved around the main bright star Sirius A. They used sand drawings to illustrate the orbital paths of the stars. The white dwarf Sirius B takes 50.8 years to complete an orbit of Sirius A. The Dogon knew

Sirius B, the white dwarf, is not visible using a telescope whereas radio astronomy allows one to hear Sirius B. Arthur C. Clark simply said to Temple, “You would be interested in the Dogon.” Richard Temple began research on the Dogon and discovered how much knowledge the Dogon had of the Sirius Star System. He then went on to spend seven years of his life with the Dogon and wrote a book called ‘The Sirius Mystery’.

When Temple went to meet the Dogon he asked, “How did you get this knowledge?” The Dogon’s answer was very simple. They said, “These creatures came from the star Sirius, landed in the ocean and were in the form of amphibians, whales and dolphins. They gave us the knowledge about the Sirius star system.” 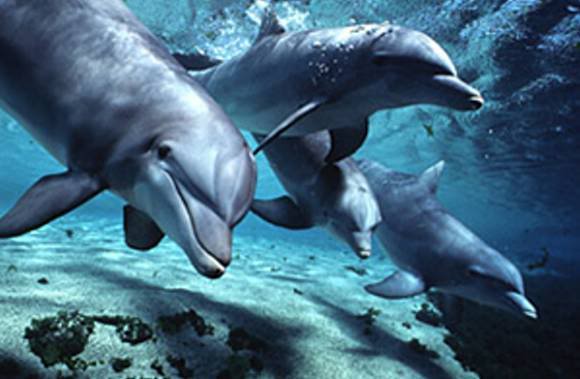 promised land by a group of dolphins, who helped them to the shore. In the modern world, tales of dolphins saving humans by battling sharks, helping drowning people ashore and even guiding life boats to victims of shipwrecks frequently make it to the papers. Such actions of compassion are deeply touching, especially when considering the many ways in which dolphins and whales are mistreated by humans.

It is no wonder that for the ancient Greeks and Romans, Christians and Native Americans, the dolphin is a symbol of protection, and its image is said to bring good luck. on the beach. No one was around to help carry the dolphin back to sea and the dolphin died.

Beautiful Mammals with so much history and influence on humans through out time. Loving and kind what a blessing to have them in our Waters here on Earth.

The Dolphins come into our heart in ways unobtrusive and sublime. Dolphins – does the very word not make your heart leap and surge like a dolphin through the waves? Could it be something that they have, something that deep within you know is yours?

Peace, love, joy, freedom of expression and grace of movement. Ecstasy in motion, delight in themselves and each other. Could it be that the dolphins may teach us what they know if we would listen? Would they share the secrets of life if we would ask? Would they teach each us about sound and healing – inter-species communication and starships?