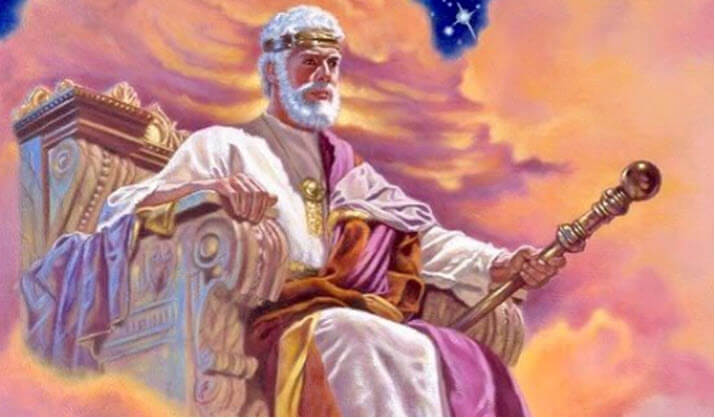 In the art and literature of various religions we have the description of god, gods or saints sitting on a throne or some type of seat flying or hovering in the air. Where did this image come from? We have discovered a couple of incidents in which witnesses have seen exactly this. The case shared in this article comes from our own investigation and was shared by a woman from Bulgaria. The other is that of Robert McCallister in the US

It is the mid to late 80s and the woman (let´s call her Teodora) is awakened by her alarm clock early in the morning (still dark). Teodora works in a factory dedicated to large home appliances and like any other day, she gets ready to leave the house. The walk to the factory is 20 to 30 minutes and most of the route is through a small forest. It was darker than usual but Teodora did not give too much thought to it, she kept walking towards her work like she had done hundreds of times before.

Suddenly, she became paralyzed , could not take another step, she just stood still. In front of her at an approximate distance of 10 to 15 meters and height of 5 meters, she saw a man sitting on a large hovering seat, something like a throne. He had a white beard, wore a tunic and was surrounded by light. In her state Teodora could only look in amazement, there was no fear. The incident lasted for what seemed like a few seconds. The man vanished and Teodora continued her walk towards the factory clearly shaken. She just wanted to brush it off and go to her shift and forget the whole thing. When she arrived at the factory gates the guard was surprised to see her an hour earlier than usual. He mentioned the time to Teodora and she realized that for some reason she had woken an hour earlier; no wonder everything was darker than usual on the way to the factory. She was sure that she had set the alarm correctly.

After her shift and once home, she checked her alarm clock. The alarm was set-up on the correct time so how come it had gone off an hour earlier that morning. When we asked Teodora she had no explanation for this. It was as if some force made her wake up in time to have the encounter with the entity. We also asked Teodora if she experienced missing time. She does not know as she had not checked the exact time she left the house that morning.

What was it that she really saw? Was this the same intelligence that is behind the UFO phenomena adapting to our consciousness and perceptions?