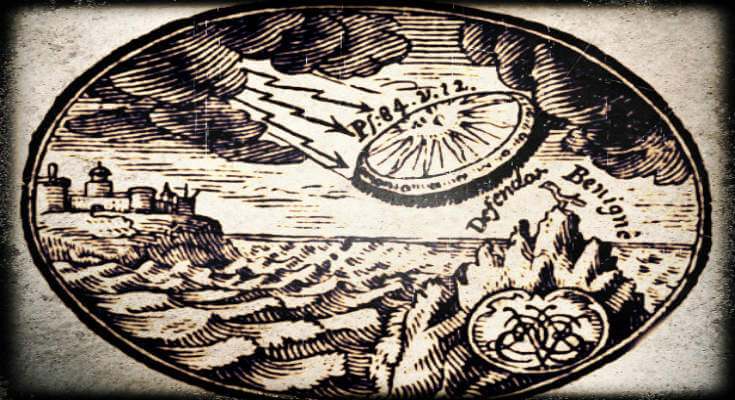 A mathematics book published in 1716 «Liber De Coloribus Coeli, Accedit Oratio Inauguralis De Deo Mathematicorum Principe» depicts a flying object that resembles a typical disc shaped UFO. This finding is reliable evidence that UFO sightings are not a just modern phenomenon but something that has been happening through the ages.

The UFO appears between dark clouds. The arrow-like lines may depict the UFO’s direction (or may indicate lightning or some trail left by the UFO). The drawing of the sun on the UFO indicates that light was emitted from the object. As electricity and advanced light systems were unknown in the 18th century the sun was the only smart way fort the artist to describe a glowing aircraft.

The book is available on Google Books