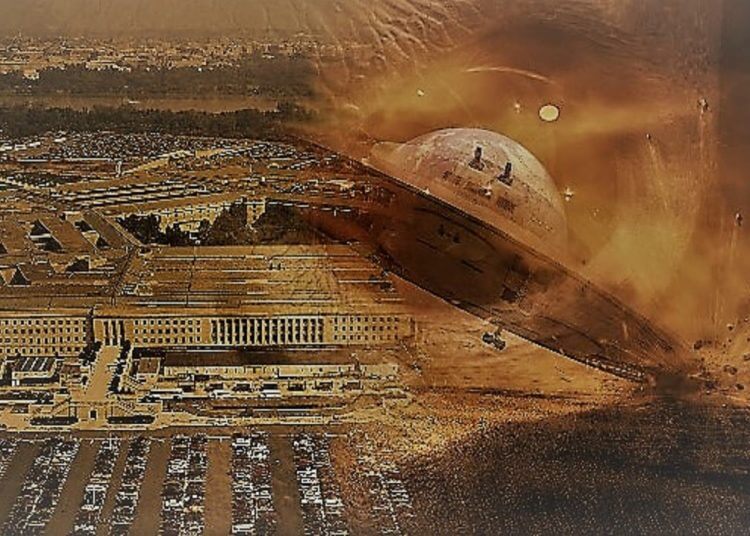 There are many theories as to why authorities across the world choose to keep their UFO files secret. And, in many cases, to outright deny that such files even exist. The disclosure of documents over the decades have at least proven a recording of and interest in such sightings of UFOs and claims of encounters with strange entities from other worlds.

The general official stance from governments around the world, however, is there is essentially nothing to declare. And any grey areas that prove inconvenient to the official story are usually dealt with by claims of “national security” or something similar, which we will return to shortly.

With that in mind, then, we know for a fact that the governments around the world have discreetly monitored, recorded, and in some cases investigated such sightings and encounters, should we not be at least suspicious of the way information has been withheld from the public? Or of how hundreds of people have been forced to sign what amounts to nothing short of a “gagging order” in order that the truth of the UFO and alien question remains buried and out of the public arena, and ultimately, the public consciousness.

Just why are those who hold power over all of us seemingly withholding information from the rest of humanity? And as much as the following, by the nature of the subject, is very much speculation, might it be time that we at least contemplate such seemingly outlandish notions before it becomes too late to do so? There is most definitely a hidden truth to be found within the murkiness and intentionally blurred lines of the UFO and alien question. Only through researching and questioning of official stances we know not to be accurate, will we get to that truth.

Perhaps before examining some of the possible reasons for UFO secrecy and the covering up of information pertaining to an alien presence on our planet, we should turn our attention to approximately 6 weeks after the Roswell crash in late July and early August 1947. On 26th July the National Security Act was approved. By 3rd August, it came into force.

While there could very well be very good reasons for such an act to be in place, the fact is it is highly suspicious that an act that would allow the United States governments and, in turn, its military arms, to refuse to answer questions of the American public, anytime they wished, under the guise of “national security”.

Furthermore, they could, and would, use national security to essentially gag witnesses to events, particularly if those witnesses were police officers or military personnel.

Perhaps, then, this act along with the timing of its coming into force should make us all suspicious enough to at least start to consider that such notions of alien visitation and contact with life from other planets is a lot more likely than most of us might think. And what’s more, that the dark conspiracies of government knowledge of, and perhaps even involvement with such an extraterrestrial presence on Earth are also perhaps much more credible than many would want them to be.

In short, there is ample reason to believe a cover-up of such events does exist. And what’s more, it goes in many, twisting and intertwining directions. We will return to the aftermath of the Roswell crash a little later. First though, we should re-examine very briefly one of the most intriguing and credible claims for why the UFO subject is fiercely protected by those who rule over us.