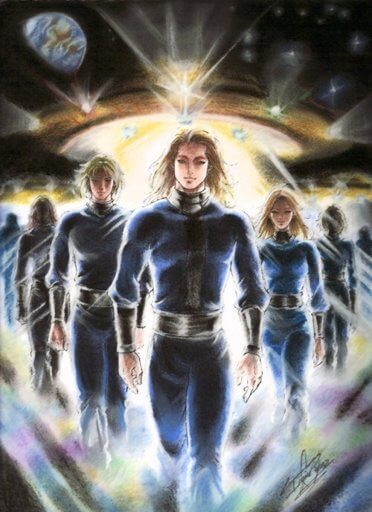 Michael Salla, a UFO researcher and auteur of Exopolotics.org has stated that this species of extraterrestrials are distant cousins to humans and that they wish to help us.

The Cherokees actually believe that the Pleiades will come over to Earth to bring us light and knowledge. The Navajo for example refer to the Pleiadians as the “Sparkling Suns” and they also speak of their kindness. The Pleiadians come from the Pleiades which are also known as the “Seven Sisters” or the “M45” if you’re an astronomer by any chance. It was officially named by Charles Messier who discovered them back in the 18th century. According to most iteration, the Pleiadians are beings that transcended conscious thought; they are believed to be on a more refined level of consciousness.

They are regarded in most mythologies out there, including Ancient Greek, Western Hermeticism, Norse, Celtic and Bronze Age Mythology, and even in Asian Cosmologies. But, they are most prominent in Native American mythology, where the Cherokee mostly speak of their legends around campfires.