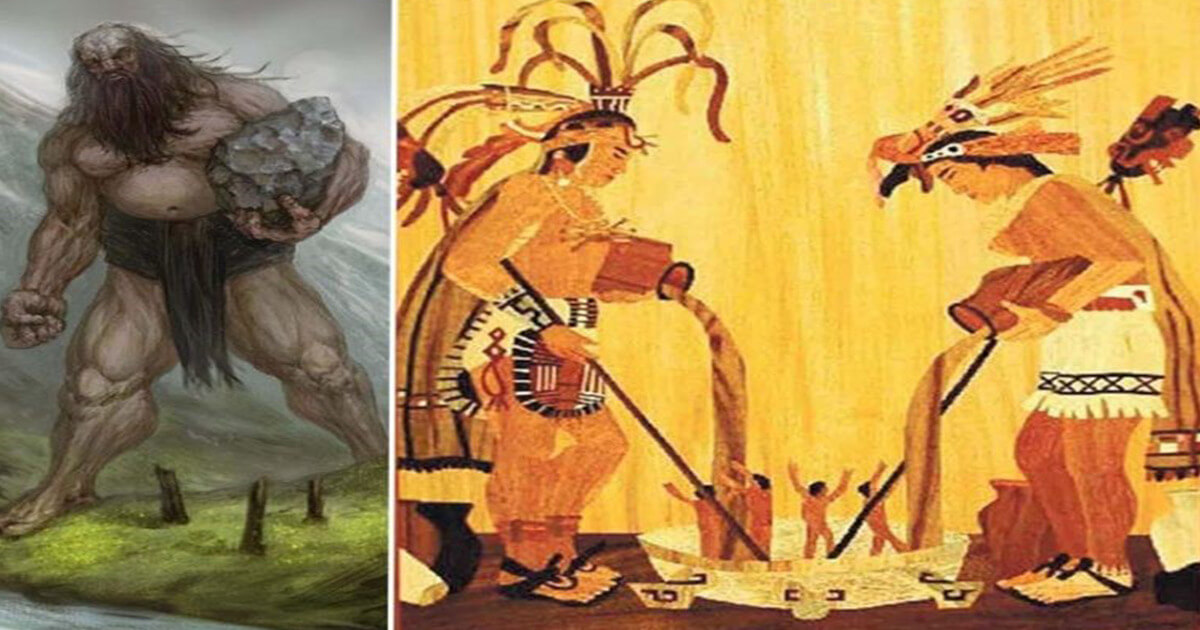 In case you didn’t know already, the Quinametzin are commonly referred to as the Giants from Mesoamerica and Mexico that reigned over the lands in archaic times.

They are a part of the Aztec and Mesoamerican myths as most Spanish chronicles mention them and their existence on multiple occasions. They were said to be over 10 feet tall each, with them weighing in over 600 pounds for the most part. Having reigned during the Era of the Fourth Sun, they are said to have been the original builders of the Teotihuacan pyramid and of the Great Pyramid of Cholula.

According to the mythos, they were originally created by the Gods in the Age of the Fourth Sun, more specifically by Atltonatiuh. You can find them as essentially the main antagonists from the Rios Codex or the Vatican Codex A which showcases the Toltec-Chichimeca people going up against them and even actually managing to capture one of them.

The one that was captured here is known as Quinametzin. The ancient texts also tell us that the ancient Aztec Gods brought forth the Universal Flood so as to exterminate them altogether. They are also mentioned by the Fiar Diego Duran that showcased their presence in the Puebla-Tlaxcala. In this series, the Giants are said to have fought with the Cholultecs.

They were fierce warriors that would destroy everything in their paths which is why they needed to be taken down by the ancient god Aztec gods.