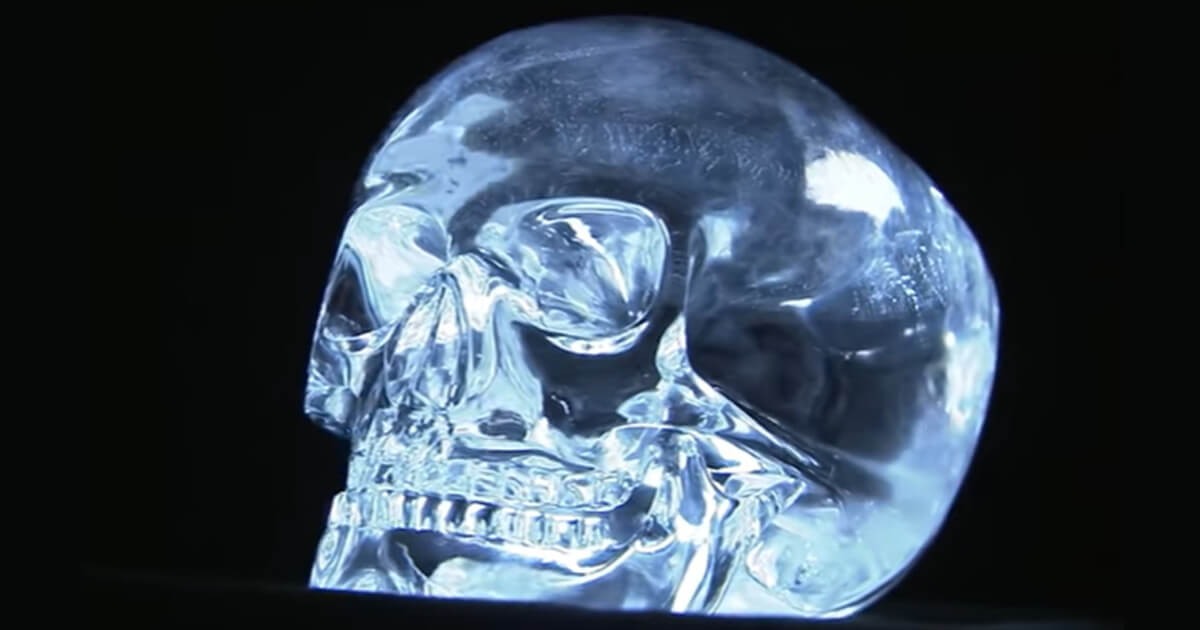 Ever since the beginning of the 19th century, a dozen crystal skulls were discovered which were all put up for exposition in various museums around the world. The origin behind them all is mostly unknown, they’re pretty mysterious in nature, but according to those that actually discovered them they are thousands of years old or even tens of thousands of years old by now.

They do have something in common however, the crystal skulls are all believed to hold supernatural powers, as a lot of the people that discovered them have declared to be influenced positively by the skulls after picking them up.

Some believe that they’re alien in nature while others believe they were the result of experiments made by the inhabitants of the lost city of Atlantis. According to scientists, however, they seem very Aztec in nature, and they often times accredit their creation to Mesoamerica altogether.

Recently however scientists uncovered modern day carving implements on the skulls which made them quite suspicious of them.

So, after further research and considering the fact that none of the skulls ever had their discovery documented they concluded that they were fakes altogether.

The scientists eventually came to the conclusion that the skulls were most likely manufactured in the 1800s after learning of the stories behind the 13 crystal skulls from the tribes.