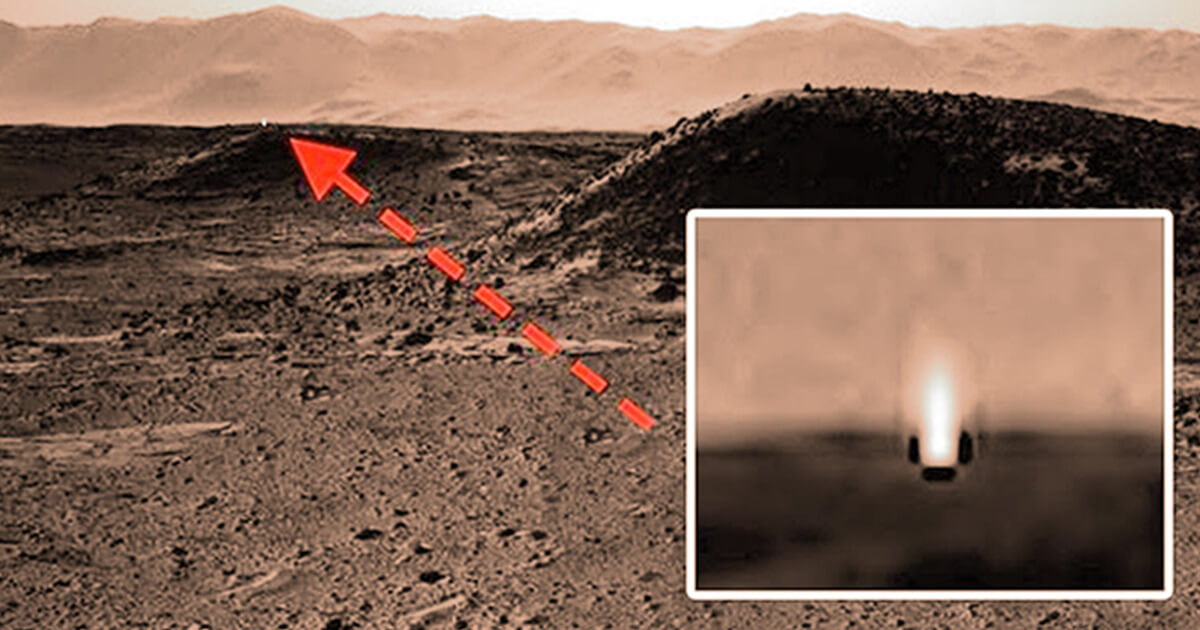 e representative of UFO Sightings Daily came out with a new discovery as of late on Mars. He is one of the most prominent virtual archaeologists of our generation and through his meticulous work we’ve uncovered many secrets that were hidden in plain sight all along.

As you can see from the pictures below, the bottom of the light is flat which disproves the theory that this picture was a result of a trick of the light or anything of that sort.

Many skeptics however aren’t so keen on agreeing with him. Doug Ellison for example represents NASA’s Jet propulsion Laboratory and according to him, the Curiosity Rover was hit by a cosmic ray of some sort which was an all-natural incident, not an instance of little green men finally attacking the metallic hunk patrolling the surface of their home.

But, according to Scott, if this were the case then the Curiosity Rover would be completely offline by now. A cosmic ray would obliterate all of the systems of the rover, not just incapacitate it for a second or two.

As the Curiosity Rover is still conducting research of the Kimberly outcropping however, it becomes painfully clear that whatever the attack was it wasn’t enough to take it down for good.

What do you think though? NASA has their doubts but they still commended Scott for his enthusiasm regarding the manner.