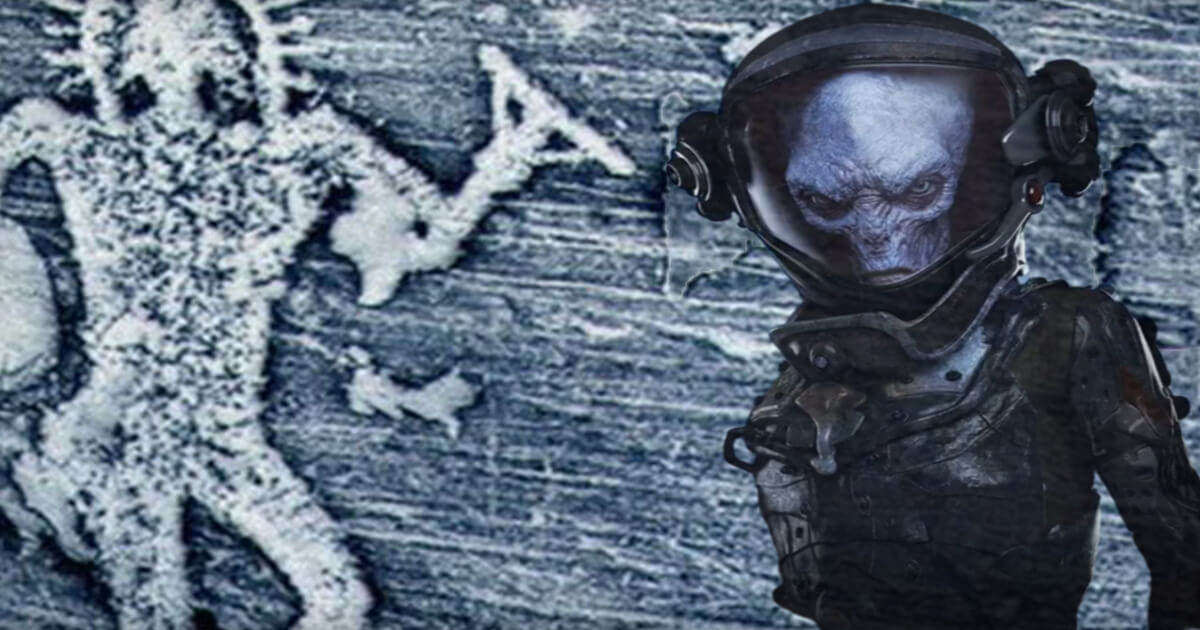 According to many ufologists and conspiracy theorists out there, these ancient artworks are direct proof that aliens have already visited our planet before and that they will most likely do so again. What do you think?

The Rock Drawings of Valcamonica are a part of more than 200,000 petroglyphs that were uncovered near the central Alps of northern Italy.

They’re believed to be over 10,000 years old by now and they depict humanoid creatures with strange objects in their hands that seemingly wear astronaut clothes according to the experts.

The lid of the lid weighs five ones and is supposedly dating back to around 673 CE which is when the king stopped ruling.

In a book released in 1968 titled “Chariots of the Gods” by von Daniken, the author states that this might be the key to our first encounter with aliens in known history.

The hieroglyphs in Temple of Seti I all date back to 3,000 years ago and they were originally uncovered in Abydos, Egypt.

They showcase hieroglyphs that resemble helicopters, planes, and even a strange aircraft among the usual symbols.

The winged disk on the relief from the palace of Ashurnasirpal II, the King of Assyria date back to the time when this king ruled which was around 865-860 BC and as you can tell from the pictures the king is seen in two positions worshipping Ashur, the Mesopotamian god as he hovers above the ground in a feathered or winged disk which is believed to be a UFO.

Last but not least we have the ancient artwork in Charama which depicts the first encounters of the cavemen with the extraterrestrials.