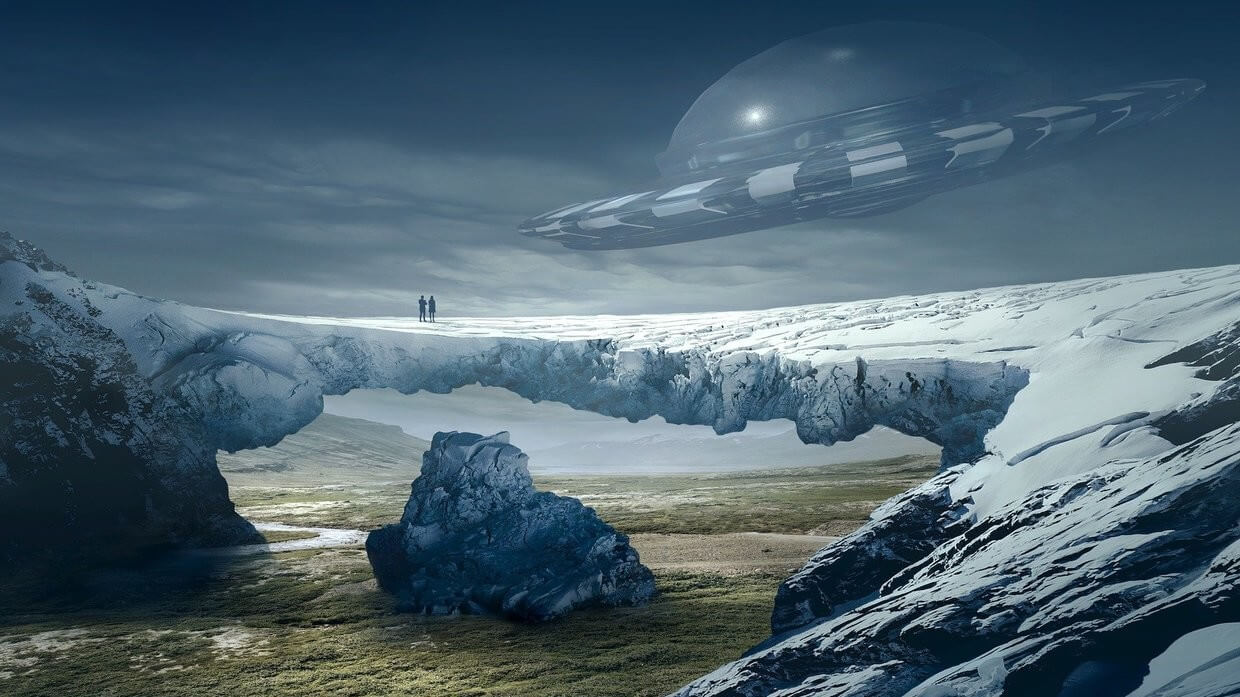 Aliens have under-ocean bases and are trying to dissuade the human race away from nuclear weapons, due to the potential catastrophic damage.

In some quarters, that statement would see you dismissed as a crank.

But not for Gary Heseltine, vice president of the newly formed International Coalition of Extraterrestrial Research (ICER).

They are a non-governmental organization headquartered in Portugal comprising scientists, researchers, and academics from 27 nations. Their mission statement is: Preparing for Contact.

Every member of ICER has signed an oath underlining their core belief.

Heseltine explains: “It says after 70 years of worldwide research, we think the evidence points to something that is real, acts with intelligence and is likely to be extraterrestrial, and non-human.”

It sounds like a plot from a Hollywood movie, but the group is serious, and keen to discuss its theories rationally and evidentially.

Heseltine, a former British police detective, explained: “My remit and ICER’s remit is what would stand up in a hypothetical court of law.

“We should be preparing now for the possibility this is real, as the evidence says it’s real. We are dealing with something that’s gone beyond lights in the sky.

“To put it in perspective, in three percent of cases worldwide there’s something that is a genuine phenomenon, that defies explanation after investigation. Three percent of millions of cases over the last 70 years is a lot.”

Some experts report these crafts flying at hypersonic speeds, pulling a g-force of 600, with no wings or propulsion system. (As a comparison, an F-16 can only fly at half that speed and pull 9G).

Heseltine talks of observable with UFO or UAP (Unidentified Aerial Phenomena) that include instant acceleration, instant stop, instant reversal on the same track, all with no deceleration, and right-angle turns with no declaration at the point of turn.

Others are truly hard to wrap one’s mind around: ICER says these crafts can switch from being invisible to visible in the click of a finger. And all emit no noise.

Experts agree this is all beyond military capabilities – even secret, advanced programs. “This is why ICER is pushing for governments to release information to be studied,” Heseltine says. “The performance is simply things we can’t do.

“ICER wants the scientific data released from these incidents; telemetry, radar, performance characteristics, as the more scrutiny of the actual data, the more ICER believes that it will quickly prove to be something that is not man-made.”

Sightings and speculation around UFOs began in earnest in the 1940s. ICER believes this is not by chance, as it was when the first nuclear weapon was detonated.

“What a coincidence,” Hesletine opines. “I think when we detonated our first atomic weapons, it sent an invisible shockwave out into space that was picked up by other civilizations who then realized that this creature on this planet had reached a level of technical achievement that it was able to split the atom.”

Continuing the theory, Heseltine explains how the 509th Operations Group of the US Air Force was the first squadron to have nuclear weapons. It was their pilots who dropped the Hiroshima and Nagasaki bombs.

Walker Air Force Base, which is near Roswell in New Mexico and where the infamous alien crash incident allegedly occurred in 1947.

Since then, according to Heseltine, other nuclear incidents have occurred, such as a Soviet Union missile silo being turned on in 1982 seemingly by itself and US silos being inexplicably turned off.

This combines with ICER’s feelings that aliens have been creating bases in the deep trenches of our oceans.

Heseltine asks: “Wouldn’t it then make sense that they would not want to see the Earth destroyed in a mutually assured destruction war that would render the planet toxic?

“It would make sense for them to come out and say ‘we don’t think you should be playing with nuclear weapons.’

“We can’t prove all that; the Roswell incident you can prove circumstantially, but in terms of can we produce the definitive alien body? No. Can we give you the definitive piece or part of the crash? No.”

That again chimes with ICER’s agenda, as they estimate 90 percent of UFO information is locked away by governments.

“We’re calling for transparency,” demands Heseltine. “In the end, you’re not going to get 70 years of secret government special access programs the Americans have been involved in. They’re not going to volunteer all that.

“But now at least recognise these things are flying around, we don’t know what they are, they can come and go with impunity, and let’s now throw everything on a global basis for a common aim.”

There is one case where ICER feels there is credibility that secret programs exist.

Gary McKinnon was a Scottish hacker who broke into the US military computer system.

America tried to extradite him, but the then-prime minister, Theresa May, prevented it.

In an BBC interview, McKinnon discussed how he was looking for UFO-related information and saw a picture of a craft: “This thing was hanging in space, the Earth’s hemisphere visible below it, and no rivets, no seams, none of the stuff associated with normal man-made manufacturing.”

Heseltine thinks the McKinnon case is revealing, adding: “You could argue they are just doing their job as he broke the law, or did they really want to protect some of the things he said he saw and spoke about?

“If it went to trial, a lot of top UFO scientists and researchers would have helped him, and it would have opened up in a public court this wider issue of UFOs, and at that time the Americans certainly didn’t want to talk about [it].

“Right now, there is no corroboration as it’s one man’s account and he can’t produce the evidence of what he said he saw.”