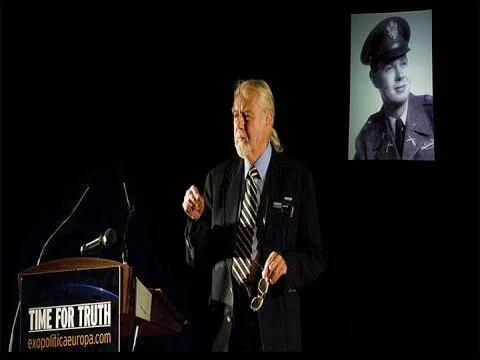 If Robert O. Dean’s claim about UFOs and extraterrestrials is true then it has the potential to turn the world upside down. His credibility cannot be questioned as he worked at NATO headquarter from 1963 to 1967. He joined the US Army on April 5, 1960, also served in combat service in Korea and later in Vietnam. He got retired from the army on October 31, 1976 as a Command Sergeant Major.

Robert Dean was a very controversial figure for his claims about seeing a secret document labeled as “UFO Assessment: An Evaluation of a Possible Threat.” According to him, it contained detailed information on UFO sightings, ET encounters, and alien autopsies. He stated that the research was approved by NATO.

After his 28-year career in the US military, he finally decided to reveal the secret information on July 5 at the Roswell 50th anniversary celebration. He first arrived at Supreme Headquarters Allied Powers Europe (SHAPE) in 1963, where he was assigned to the Operations Division. In two years, he was promoted to E8 Master Sergeant and became Chief Security NCO for the Language Services Branch. Then, he controlled and inventoried as well as had access to all the classified material in the branch.

When Dean worked at the Language Services Branch, he had a Cosmic level clearance. According to him, during the 1950s and early 1960s, UFOs were flying over Europe, which almost precipitated World War III.

He said: “Large numbers of large metallic, circular objects were flying all over Europe. These things would fly in formations out of the east toward the west over Europe, over the southern coast of England, then they would turn north over the channel and then would disappear off of NATO radars off the Norwegian Sea.”

He further claimed that NATO had launched a three-year program to investigate the UFOs and find out if they posed a military threat. He received this information from a 1964 NATO report titled “AN ASSESSMENT” (An Evaluation of a Possible Military Threat to Allied Forces in Europe). He said the report was so sensitive that only 15 copies of it were printed. Besides, the report contained in-depth studies of atmospheric physicists, astronomers, astrophysicists, sociologists, historians, and theologians.

Dean said: “There had been the case after case of UFO landings, face-to-face confrontations, invitations to come aboard their ships. It had been going on for some years. It has been going on for centuries.” According to him, the report stated that “there apparently was not a military threat because if…[ETs] were hostile or malevolent, the game would have been up a long time ago.” This conclusion sounds similar to the UFO emails sent to John Podesta by Edgar Mitchell

He further reported that the NATO officials were disturbed by knowing that out of four extraterrestrial types, one looked exactly like humans, walking along the NATO corridors without being identified.

In an interview with Australian ufologist Michael E. Salla, Dean explained how he had got access to those top-secret documents. He said: “My first exposure to The Assessment was when an Air Force, full Colonel, who was on duty that night, as the SHOC controller, pulled it out of the vault and threw it on my desk and said ‘Read this. This’ll wake you up!’”

American journalist Phil Klass wrote that Dean learned from the NATO report that in late 1963 or 1964, a 100-feet diameter UFO crashed in Germany. British Army engineer battalion recovered the UFO debris along with 12 ET bodies. Dean was shocked to know that apart from the extraterrestrials’ visit from different star systems, military and scientists had been dealing with more advanced species that were apparently multi-dimensional.

In his research, Dean cited several ancient arts where he was intrigued by the continued projection of lenticular clouds in the paintings. He suspected that those clouds were flying saucers.

Dean is very well known for his great contribution to the field of UFOlogy and received three-lifetime achievement awards. Still, skeptics found his claims obscured.

SHAPE writes:! “We have analyzed these claims in detail, including a photograph alleged to be of the front cover of the assessment, and have concluded that the cover page is a forgery and that SHAPE prepared no report on UFOs during the 1960s. While some will no doubt dismiss this conclusion as part of some sort of long-standing cover-up of the existence of UFOs, we would like to point out that in the 1960s – like today – SHAPE was confronted by much more pressing threats than UFOS and did not have the time and resources to spend 2½ years studying them, as Sergeant Major Dean alleges. We are not saying that UFOs do or do not exist but simply that SHAPE did not prepare a report on them.”

Anyway, most opinions shared by people on the Internet are in favor of Dean, and the majority believes that he was legit. He died on October 11, 2018, at the age of 89 in Tucson, Arizona.