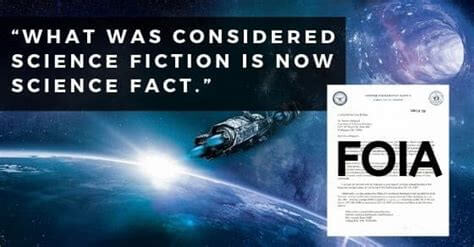 What if the government of any country officially admitted that aliens exist and provided undisputed evidence of UFOs and their contact with us? How would, perceptions, attitudes, society as a whole and diplomatic and country relations change after such an unprecedented announcement?

World Leader or Enemy Number One?

The government that would officially disclose alien existence would find itself in a unique and probably advantageous position. If it were to be a world superpower (Russia, USA, China, India) to  go ahead with alien disclosure, it would immediately position itself as an ambassador for the entire planet. This country would be looked as be the leader of a new era; the ones with the responsibility to connect the human and alien civilizations. Such an announcement could be used as an impactful diplomatic move.

But we live in a world where countries are in a continuous struggle with each other. When one country loses another one gains something. Imagine if one day the Russian government held  a global press conference in which it provided undisputed proof of the existence of aliens and their visits to our planet. The west (i.e the countries that are under the control of the USA) would immediately react. Probably, rather than welcome the announcement they would use it against Russia.

If it were a small country to make full disclosure of the alien and UFO phenomena the announcement would simply be ignored or ridiculed  by the multinationals controlling global media.

Dogma is the foundation of all organized religion. Dogma means that things are strictly defined and there is no room for interpretation. No religious dogma refers to the existence of other intelligent beings from other planets or dimensions. The disclosure of alien existence would break the dogma. Many believers would become disillusioned or use the announcement as an excuse to break away while religious leaders would rush to make public announcements in attempt to maintain  control of the public.

Economy in a state of shock

Disclosure would cause a shock to the economy. Implications of such an unprecedented announcement would create uncertainty. We would be asking ourselves “and now what?”; “is money, the financial system and stock markets still relevant?”; “Are aliens here to impose their own system on us?¨. Shock, fear and surprise would shift people away from shopping and consumerism as no authority could guarantee the shape of things to come.

We start to see the big picture

Humans would make a shift in perception. The anthropocentric way of perceiving the world would no longer be relevant. All the things that we identify with such as our nationality would no longer be so important. As a consequence differences between nations and people would no longer make so much sense. We would see ourselves as part of a universal society and feel limitless. The disclosure would have a deep impart on our psychology. We would definitely move our attention from our daily distractions to more existential and universal matters.