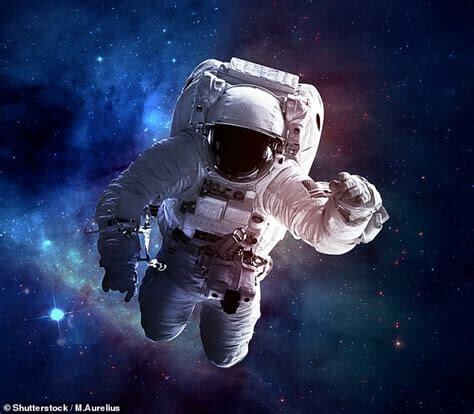 The outer space has no limits, nobody knows its start and endpoint, that means if an astronaut dies in space, his dead body will be wandering in the deep space for millions of years. As fas as written in the records, there is no natural death of an individual registered in space. Technically, only three people have died in space in the manned mission (Soyuz 11).

But, let’s consider the hypothetical situation where an astronaut spacesuit failed during its routine check outside the spaceship, and now what would happen to it in next 10, 20 or 30 seconds.

Let’s say, due to some technical failures, an astronaut spacesuit was hit by a small meteorite and ripped a hole in it. Now, this is a life and death situation, so what would be the next steps of the astronaut? Unlike in science-fiction movies, there would be nobody explosion or a head pop out scene in reality. But, in the next 10 seconds, the astronaut will be losing his consciousness and unfortunately, due to the lack of air pressure, he will pass away.

Everyone knows that the body of a dead person changes over time. These changes begin immediately after death and become more obvious every hour. But how does the decomposition process take place in space, where the conditions are radically different from the earth?

Dead Body Decomposition In Space Vs On Earth

Under normal conditions, a dead body starts getting the pale color and then the skin around eyes and nails turning into grey color, which is associated with the termination of the filling of large and small vessels with blood. When the heart ceases to function, gravity begins to control the fluids in the body – they accumulate in the lower part of the corpse. Blood, falling down, causes the appearance of cadaveric spots.

In space, everything happens very differently. There are several possible scenarios of how the body will change over time. If an internal or external heat source does not act on the corpse, it will freeze through very quickly.

A Space Corpse Remains Unchanged For Many Years

Today, science cannot say for sure how long a dead body can be in such conditions without changes. It is possible that it will drift in airless space forever if it is not attracted to a planet or star. In this case, thermal radiation can heat the body and after that, it will change beyond recognition or completely collapse.

It is quite another matter if a heat source acts on the corpse. For example, if the deceased will be in the outer atmosphere. There, the body can heat up, but not to the extent that it burns out. The corpse is dehydrated and will become reminiscent of jerky, and a rarefied environment will sterilize it. Since microorganisms play a key role in the decomposition process, it is quite possible that the body can be in orbit for many years without undergoing special changes.

If the body is in a spacesuit, it is important whether the heating will work. If so, then the body will begin to decompose inside, while a bacteria-friendly temperature is maintained. If there is no heat source, the suit will not affect the safety of tissues and the corpse will freeze through as if it was without it.

Let us clarify that this is just a theory, and it is actually very difficult to say if an astronaut dies then how decomposition processes of his body will go. A huge number of factors that cannot always be predicted can make their own adjustments.