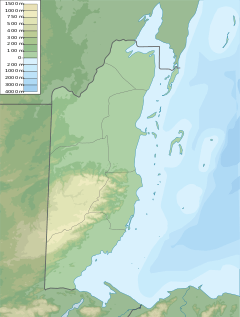 During an archaeological expedition deep into subterranean cave systems, a discovery was made that was, at first too unbelievable to be true. Miles below the surface of Earth once lived a civilization hidden from view. The findings are still being much debated.

Actun Tunichil Muknal (the Cave of the Crystal Sepulchre), also known locally as ATM, is a cave in Belize, near San Ignacio, Cayo District, notable as a Maya archaeological site that includes skeletons, ceramics, and stoneware. There are several areas with skeletal remains in the main chamber. The best known is “The Crystal Maiden”, the skeleton of an adolescent (an 18-year-old girl[1]), possibly a sacrifice victim, whose bones have been calcified to a sparkling, crystallized appearance.

The ceramics at the site are significant partly because they are marked with “kill holes”, which indicate that they were used for ceremonial purposes. Many of the Maya artifacts and remains are completely calcified to the cave floor. One artifact, named the “Monkey Pot”, is one of just four of its type found in Central America.The Maya also modified cave formations here, in some instances to create altars for the offerings, in others to create silhouettes of faces and animals or to project a shadow image into the cave. The cave is extensively decorated with cave formations in the upper passages.

Animal life in the cave includes a large population of bats, large freshwater crabs, crayfish, catfish and other tropical fish. Large invertebrates like Amblypygi and various predatory spiders also inhabit the cave. Agouti and otters may also use the cave. These and many other species are quite common in river caves of this size in Belize.

Other Maya archaeological sites in the vicinity are Cahal Pech, Chaa Creek, El Pilar, and Xunantunich.

Been to Belize twice never heard of this, its a shame would have loved to seen it. If I get the chance to go back and able I will do, We have never  been alone ! We are the Disclosure ! Stay busy in Quarantine !