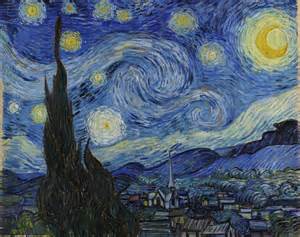 The Cutting Board
By   LoriMcNee.com

These images immediately brought Starry Night to my mind and I thought I’d have a little fun with it… I’m just having fun with this thought, but this is an interesting read…

There is speculation (or some say, an attempted cover-up) that the display was a result of an embarrassing failed test launch of a jinxed new Russian missile. It sounds somewhat logical, but Russia denied it had been conducting missile tests in the area.

The mysterious UFO of blue light soared up from behind a mountain, stopped in mid-air, and then began to move in circles. Within seconds, the giant spiral covered the entire sky! Then to make things stranger, a green-blue light shot out from its center. This lasted for over 12 minutes before is disappeared completely.

Celebrity astronomer, Knut Jorgen Roed Odegaard said he had never seen anything like the lights. It lasted too long to be a meteor, it was not the aurora  and he cannot guarantee that it was a missile. He declared that light show lasted ‘far too long to be an astronomical phenomenon’.

Call it my artistic imagination, but I couldn’t help notice the similarities between the much publicized UFO sighting of a mysterious blue spiral of light over Norway and the famous painting, Starry Night by Vincent Van Gogh. On December 9, this strange phenomenon baffled residents and scientists alike.

There have been recorded sightings of similar phenomenon in years past. Could it be that Van Gogh saw something similar?

All kidding aside, Starry Nightdepicts a night sky filled with swirling lights and stars ablaze highlighted by a bright crescent moon. Van Gogh painted this well known masterpiece while living in an Asylum in 1889.

Some say Starry Night was inspired by Van Gogh’s earlier years when he wanted to dedicate his life to evangelize those in poverty. Many believe the following excerpt from Genesis 37:9 may be the significance of the eleven stars within the painting:

“And he dreamed yet another dream, and told it his brethren, and said, Behold, I have dreamed a dream more; and, behold, the sun and the moon and the eleven stars made obeisance to me.”

Maybe so, but I like to think Van Gogh dreamed a dream of an unexplained spiral of light in the Starry Night.

Hope you enjoyed, I surely Did. Awesome Read!