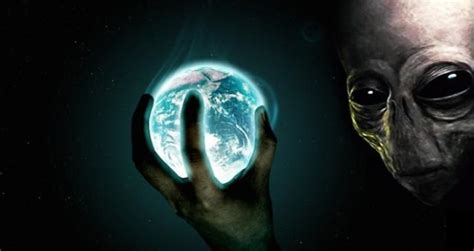 The zoo hypothesis is the idea that we cannot see evidence of any intelligent alien life in the galaxy because it’s hiding from us. Can the zoo hypothesis explain UFOs? At first glance this question might sound ‘tin-foil hat weird’, but there is some substance to the idea. Scientists in METI (Messaging Extraterrestrial Intelligence) are discussing the zoo hypothesis and how it could affect their strategies. Let’s dig into this complex question but before we do that we need more background information.

The zoo hypothesis idea is older than you might think. The idea was suggested in 1973 by MIT radio astronomer John Ball in a paper called “Extraterrestrial Intelligence: Where is Everybody?” The paper explored different possible answers to this question and the zoo hypothesis was one of them.

The zoo hypothesis is one possible solution to the famous Fermi paradox:

The Fermi paradox, named after physicist and Nobel prize winner Enrico Fermi, is a mystery still to be solved. Some of its underlying arguments are relevant to the zoo hypothesis. So let’s look at those.

Given the age of the universe, 13 772 billion years, it seems like there is plenty of time for advanced civilizations to emerge.

Time is not enough, life needs somewhere to develop. Locations seem to be plentiful as Kepler space mission data tells us, there could be as much as 40 billion Earth-sized planets within our galaxy alone. These planets are orbiting in the habitable zones of Sun-like stars. This would suggest ample opportunities for advanced life to emerge and develop space-fairing technology.

“The universe is a pretty big place. If it’s just us, seems like an awful waste of space.”

The universe is really, really big. Is it possible ETs could even travel here or colonize our part of the galaxy? With our current level of technology, it would take 100 years to travel to Alpha Centauri, our closest star system at a distance of 4,37 lightyears. (This travel time is estimated in Project Longshot).

Our galaxy, the Milky Way, is estimated to be 200 000 lightyears across. My simple maths skills tell me that with current human technology it would take around 4,6 million years to cross the entire galaxy disc. While 4,6 million years is too long for my patience it’s not a long time on a cosmic scale. Presumably, this travel time can be lowered significantly by future propulsion technology.

Using self-replicating von Neumann probes (machines not that far away from our current level of technology) it’s possible to have a presence in large parts of the galaxy pretty quickly – again in cosmic time scales.

This line of reasoning suggests we should have seen evidence of advanced alien life by now… so why have we not?

There are many theories as to why we haven’t seen evidence of advanced alien life. They are possible ‘solutions to the Fermin paradox’. Here are some examples.

…or they are here observing us in secrecy.