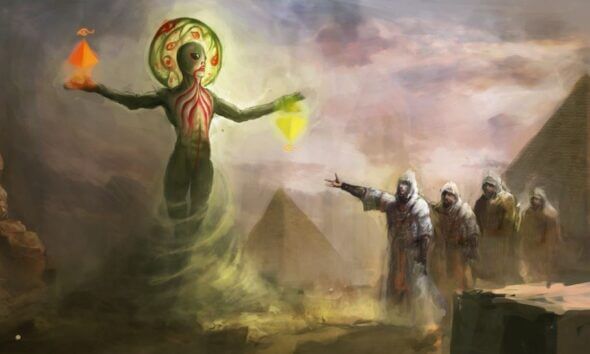 and Italian religious scholar Mauro Biglino shares the view that the original Jewish Bible and the Old Testament is not a religious document, but rather a historical text about the origin of homo sapiens.

– He claims that the original text explains that human beings were genetically modified and created by a developed race, using their genetics and the genetics of other primates already on Earth

– The Bible clearly says that God dies just like all people

– The Bible tells us that our creators traveled on flying objects

– The Bible quotes a direct link between UFOs and Sumerians

– The glory of God was actually … UFO

– Angels mentioned in the Old Testament, where they are perceived as spiritual beings, but do not exist.

“The ten commandments written in stone were not the ones previously reported.”

– and much more, for example, the fact that the Church recognizes that the Old Testament knew about aliens.