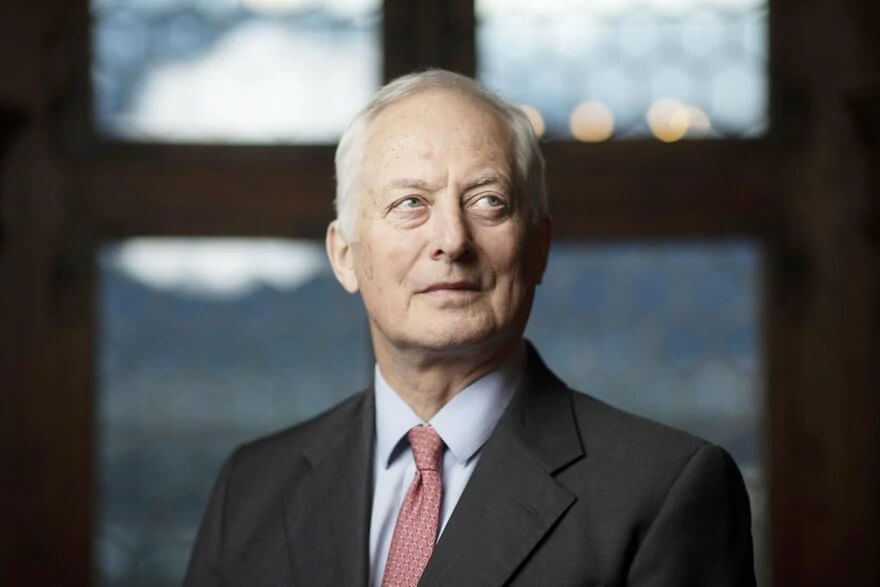 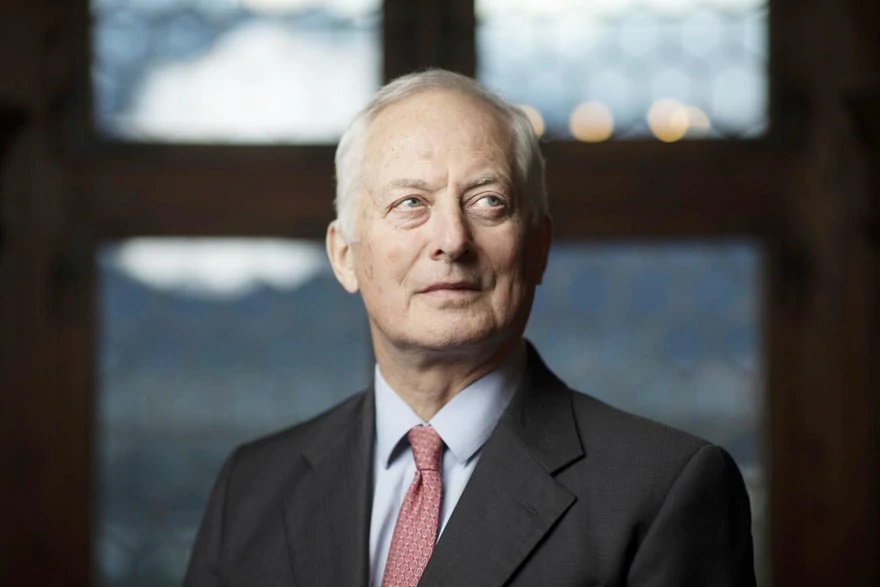 The Prince of Liechtenstein is considered one of the richest rulers in the world. His family’s fortune exceeds $ 7.6 billion, and his personal fortune is $ 4 billion. And this despite the fact that during the Second World War, his relatives lost almost 90 percent of their possessions around the world.

The monarch tries to live modestly and help his subjects: he repairs roads at his own expense and annually opens the doors of his castle, inviting people to breakfast. He also spends hundreds of thousands of dollars on UFO research.

“The prince of Liechtenstein, Hans-Adam II, lives in a castle located on a rock in the Alpine principality. This castle bears his name. 38 thousand subjects call the monarch “Your Grace”, he owns a collection of masterpieces of the Renaissance, he owns two palaces in Vienna. According to the Bloomberg Billionaire Index , he is included in the list of the 500 richest people in the world,” Bloomberg describes the European ruler.

The princely family of one of the smallest states in Europe is truly fabulously rich. The ruling dynasty owns the private bank LGT Group, founded in 1920, and other types of business: agricultural and forestry in Lower Austria and Styria, energy and wine. Hans-Adam is personally involved in winemaking, however, his vineyard is quite small – only four hectares, where on average about 10 thousand liters of wine are produced per year.

In addition, the ruling dynasty has a lot of real estate. The exact number of castles and residences is carefully hidden from the public, but only according to official data, the prince and his family have at least ten castles and palaces. Some of them are home to members of the princely family, others are used as museums.

The most beloved are Vaduz Castle in Liechtenstein, two palaces in Vienna – Garden Palace and City Palace, a family museum in Lower Austria, six more castles scattered throughout Austria, as well as 76 acres of land in Texas. And this is taking into account the fact that after the Second World War the prince’s family lost almost 90 percent of the possessions – 54 castles outside the principality, in the Czech Republic and Austria.

The princely family has learned to extract money from everything that it touches: the monarch and his relatives rent out their Viennese palaces. For several hundred thousand euros, everyone can rent a luxurious room for a reception, wedding or concert

Most of the time, the prince and his wife spend at the Vaduz Castle, where they occupy the eastern wing. On the outside, this medieval building may seem rather gloomy, but inside it is very comfortable. Here, antiquity peacefully coexists with modernity: beautiful elevators – with spiral staircases, large rooms with air conditioning and Wi-Fi are decorated with tapestries and paintings of the 17th-18th centuries. The cellars are meticulously stocked with cupboards and dishes with Chinese painting, a collection of ancient weapons and armor. The prince said more than once that most of all he loves the picturesque view from the window – of the Alps and the Rhine.

The Prince of Liechtenstein was born in Zurich, Switzerland, and attended primary school in the Liechtenstein capital Vaduz. After graduating from the Higher Economic Gymnasium, he worked as a clerk in one of the London banks, the name of which is still carefully hidden. After the internship, the prince went to Switzerland, where he entered the commercial university at the faculty of business and economics.

The knowledge gained was very useful to him later. The prince’s family fortune exceeds $ 7.6 billion, and his personal fortune is $ 4 billion, which makes him one of the richest heads of state in the world. In addition, Hans-Adam owns a huge collection of works of art on display at the Liechtenstein Museum in Vienna. The collection began to collect the ancestors of Hans-Adam back in the 17th century, now it contains more than a thousand works of great artists such as Rubens and Van Dyck, Rembrandt and Bruegel.

This collection is one of the largest in the world, second only to the collection of the British Windsors. The prince speaks about this rather evasively: “Somewhere we have an advantage, somewhere they have. It is very difficult to judge whose collection is more expensive. For me, these are just assets that should generate income. I myself prefer contemporary art. “

Despite the huge fortune, representatives of the princely family do not boast of wealth, trying to live modestly. Thus, the wife of Hans-Adam II, Princess Maria Kinski, herself looks after the garden in the main castle.

There is no Bentley, Bugatti, Maserati, Ferrari or even Rolls-Royce in the princely garage. All family members drive regular Audi without chauffeurs

In addition, Hans-Adam II and his wife raised their children on their own, without teachers and governesses. True, they always had a housekeeper and a nanny who took care of the children when their parents were away. Three sons and a daughter of the princely couple went to an ordinary school in Liechtenstein.

Hans-Adam II married his cousin, Countess Maria Kinski von Whinitz und Tettau, while still a student. Subsequently, the prince claimed that he fell in love with his future wife at first sight, as soon as she entered the room, and from the first minute he knew that they would get married. Marie did not pay attention to the crown prince, because he was five years younger than her. Moreover, then she was in love with another.

But the future prince did not give up, and his persistence was rewarded: Marie’s relatives gave permission for their marriage. The wedding ceremony in July 1967 attracted the attention of all of Europe.

Marie ordered a dress from a Parisian couturier – in the Empire style, made of white silk, with embroidery from pearls and beads. Her head was adorned with the Fringe tiara belonging to the Habsburg family. Among the guests are emperors, queens, princes and princesses, representatives of ancient German-speaking nobles. For the subjects of Liechtenstein, the tables were set right on the street – and they were bursting with various dishes. The tradition of treating residents, and there are about 32 thousand of them in the country, has survived to this day. Once a year, Vaduz Castle opens its doors for everyone to have breakfast with the prince. This is how Liechtenstein’s National Day is celebrated.

As a member of the aristocracy, Hans-Adam constantly emphasizes that he is very close to his people. Among his entourage, they say that the monarch loves to run barefoot in the forest, goes downhill skiing, diving, is interested in archeology and loves science fiction.

The Franco-American ufologist Jacques Vallee published three volumes of diaries called Forbidden Science. In them, he told about a meeting with Hans-Adam II and his family at Vaduz Castle in November 1989. “We dined in a small living room with his wife, sister and two children. Until late at night we discussed UFOs and other paranormal phenomena, ”the scientist recalled.

According to Vallee, the monarch was convinced for many decades that aliens were visiting Earth, so he sponsored international UFO research for many years, spending millions of dollars on it.

The prince told the ufologist that he saw a UFO in childhood, and also that his aunt saw the UFO in Munich in the 1950s. Most of the money was received by American researchers. So, the ruler laid out 200 thousand dollars for a study called “How many Americans were abducted by aliens.”

According to the constitution, the prince is the head of state, he represents Liechtenstein abroad and has the right to pardon, his signature is necessary for the entry into force of laws adopted by parliament. In addition, financially, he is independent from the state – he lives on his own funds, and all roads of the principality are repaired on them. Hans-Adam II tried to expand his princely powers, receiving the full support of the population – however, the parliament still retains basic rights.

Officially, Hans-Adam II is still considered the ruling monarch, but he actually retired from business, transferring the day-to-day administration of the state to his son, Crown Prince Alois. He explained his decision as follows: he and his wife usually did not make large state visits, limiting themselves to only modest trips to Switzerland and Austria, but now is the time to see the world.