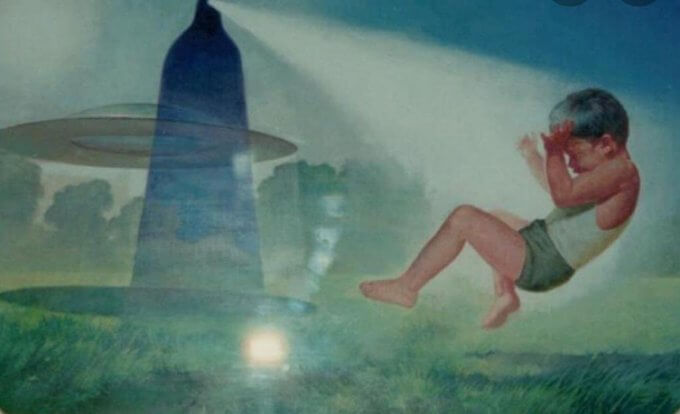 Uri Geller is a popular name in the world of psychics. From bending spoons to working with the CIA and NASA in finding extraterrestrials, he has made several bizarre claims. A declassified CIA document revealed information about the “Project Stargate” that was focused on remote viewing. Interestingly, Geller was a part of CIA secret programs where his abilities were used in the area of “mind projection” and possibly for national security purposes.

Uri Geller was born on December 20, 1946, in Tel Aviv, Israel. The way he got his supernatural powers is amusing. It all started in his childhood. Geller said that at the age of three, he saw a bright spherical UFO, floating over him while he snuck into an old house in his neighborhood. “It was really weird, like a sphere, just hanging there, shining and strobing, and then it gently and silently drifted down towards the ground,” Geller said. He was then struck by a beam of light that hit his forehead, knocking him onto the grass.

After this incident, Geller claimed to have discovered supernatural powers inside him. Starting at school, he telepathically read correct answers from other students or even mentally forced the teachers to give him high marks. His mother never believed his story about the UFO encounter.

In 1971, during a hypnosis session, he came out with new details. He recalled that a faceless figure emerged out of a large, shining craft, holding a bright object. It lit so brightly that Geller passed out.

Geller also served as a paratrooper in Israel Defense Forces but after getting wounded during the battle for Jerusalem, he decided to become a model. Geller got fame after he showed his spoon-bending abilities to photographers. He was invited to prestigious house parties that included government officials, generals, etc.

One day, he went to a party where he met former Israel Prime minister Golda Meir. He showed his abilities to her by drawing exactly what she drew in the bathroom. After that, his life changed as he started getting popular. That time, he was the most popular man after Meir.

His popularity drew the attention of the US government. He played an important role in the CIA investigation into ESP and psychokinesis. In one experiment for the CIA, Geller was isolated in a room to draw the same picture that had been drawn by another person in another room. He drew a picture of a square with diagonals. In 2017, the CIA released some 12 million pages of records, revealing details about Project Stargate.

One of Geller’s least-known claims is about working with NASA. He got acquainted with Apollo 14 astronaut Edgar Mitchell and later, the two became friends. He was then asked by Mitchell to meet a legendary German-born American aerospace engineer Wernher von Braun

.Geller said Kennedy argued to bring him to the US, so that they could use his mind. Along with his brother-in-law Shipi Shtrang, Geller visited NASA’s Goddard Space Flight Center in Maryland. While being there, Geller gave his secret spy camera to Shtrang which he used later to take photographs of Geller, Mitchell, von Braun, and more.

Geller claimed that he could not believe his eyes as he was shown extraterrestrial evidence at the Goddard Space Flight Center. During their meeting, Von Braun doubted Geller. “He said he heard about my powers and told me that if he took his wedding ring off his finger and put it in the palm of his hand and I’d be able to bend it while it’s there, he’d believe me,” Geller recounted. “And I did – completely.”

After that, Geller was shown a piece of metal at Von Braun’s office. “It was breathing, three-dimensional and a color I had never seen before, but it was metal. I put my hand on it, and I realized right away that it wasn’t from this planet. Von Braun said I was right – and that it was from a crashed UFO,” he explained. He never found out from where this metal had come from.

After that, they headed to a top-secret location in a NASA building, took three flights of stairs down, and were given orange coats like the ones for Antarctic expeditions (with blue NASA embroidered badges). Then they went inside a special refrigerated room.

On Twitter, he wrote that few people know about the truth, and he took the name of several world leaders such as former Israel prime minister Benjamin Netanyahu and former US presidents Barack Obama and Donald Trump.

He once had a conversation with Prince Philip about aliens and UFOs and was astounded about his knowledge of extraterrestrials. He even told that for years, the Pentagon knew that UFOs are real and even much more.

Though Geller has a lot of fans around the world, he was in a feud with Canadian-American stage magician and scientific skeptic James Randi. In 1973, Randi pulled some strings so that Johnny Carson would invite Uri Geller to appear on his show. Randi challenged Geller to do his routine but in different conditions. Unforatualey, he failed to perform and sued Randi for pressuring him. But Randi counter-sued him and later won the case.