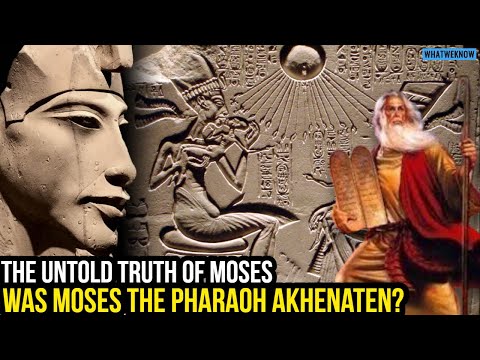 What We Know
Moses (c. 1400 BCE) is considered one of the most important religious leaders in world history. He is claimed by the religions of Judaism, Christianity, Islam and Bahai as an important prophet of God and the founder of monotheistic belief. The story of Moses is told in the biblical books of Exodus, Leviticus, Deuteronomy, and Numbers but he continues to be referenced throughout the Bible and is the prophet most often cited in the New Testament. In the Quran he also plays an important role and, again, is the most often cited religious figure who is mentioned 115 times as opposed to Muhammed who is referred to by name only four times in the text. As in the Bible, in the Quran Moses is a figure who alternately stands for divine or human understanding. Moses is best known from the story in the biblical Book of Exodus and Quran as the lawgiver who met God face-to-face on Mount Sinai to receive the Ten Commandments after leading his people, the Hebrews, out of bondage in Egypt and to the “promised land” of Canaan. The story of the Hebrew Exodus from Egypt is only found in the Penteteuch, the first five books of the Bible, and in the Quran which was written later. No other ancient sources corroborate the story and no archaeological evidence supports it. This has led many scholars to conclude that Moses was a legendary figure and the Exodus story a cultural myth.

2 thoughts on “Was Moses Actually Akhenaten? The Real Exodus Story | What Nobody Ever Told You About Moses”