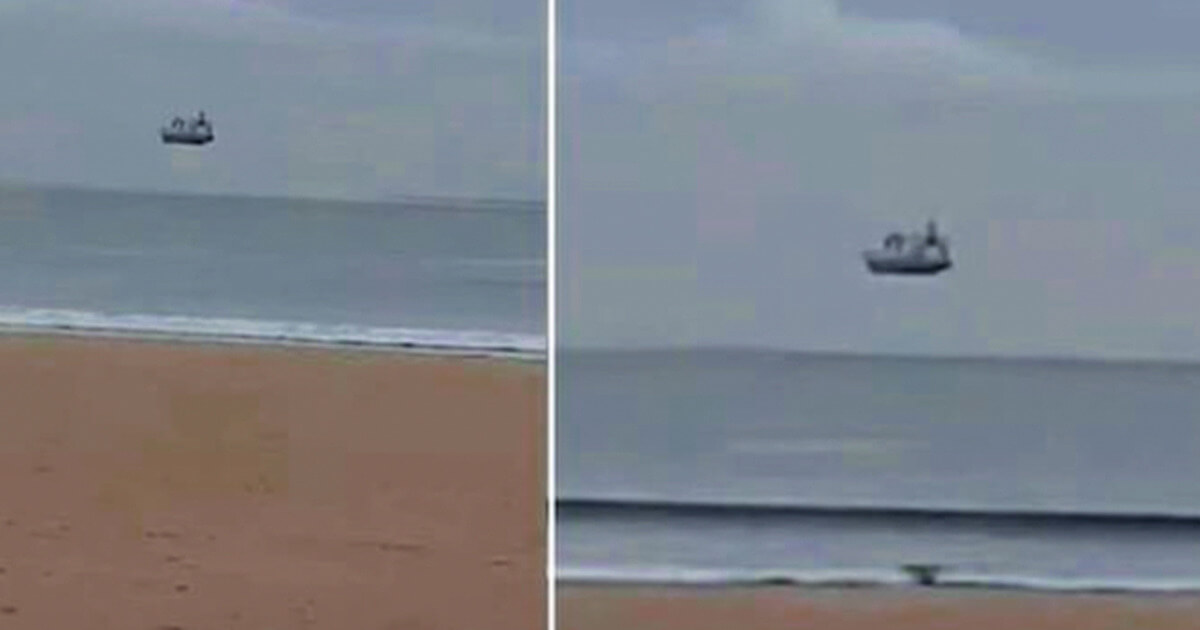 Monica Schaffner was out for a stroll when she saw a soaring ship on the horizon. Other ships were sailing normally at the time.

The woman told the New Zealand Herald, “It was like seeing something unreal.” “I was convinced my eyes were deceiving me. I wanted to double-check with my husband that he shared my perspective.”

“I also requested that he pull over so that I could photograph him.”

On the beach near Mount Maunganui, a New Zealand resident noticed an optical illusion known as Fata Morgana, also known as a mirage.

Fata Morgana mirages greatly misrepresent the entity or objects they are focused on, rendering them unrecognizable. A Fata Morgana can be found on land, at sea, in the polar regions, and in deserts.

Light rays are twisted as they pass through air layers of differing temperatures in a steep thermal inversion where an atmospheric duct has developed, causing the optical phenomenon.

A thermal inversion is a weather phenomenon in which a distinct layer of warmer air forms on top of somewhat colder air. In this temperature inversion, warmer air at the surface is absorbed with colder air further up, which is the polar opposite of what normally occurs.