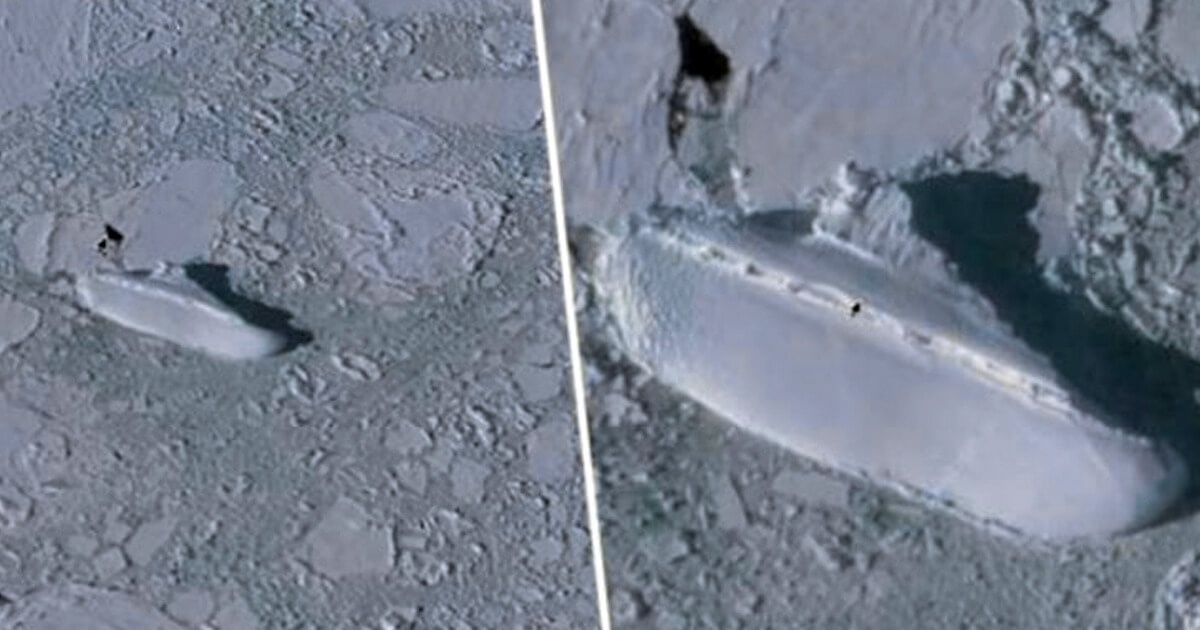 MrMBB333, also known as an Earth Watchman, posted a video on YouTube of what seemed to be a giant luxury liner stuck on an iceberg near the South Pole.

The YouTuber appears to have found signs of a complex in the middle of nowhere with parking, a cylinder, and a ship.

“Doesn’t this seem to be an iceberg that appeared out of nowhere? Some of the iceberg’s artifacts, on the other hand, do not seem to be random. In his YouTube video, he said, “It seems to have a motive.”

The ice frame has the look of a cruise ship with a row of bars. The finding has ignited a storm of conspiracy theories on social media, with many people claiming that there is something concealed under the surface.

In a 10-minute video, MrMBB333, who was the first to spread the news of the mysterious discovery, explained the intricate details of the find.

“When seen from below, it resembles the shape of a ship. This thing, whatever it is, is 400 feet long and looks like a submarine. “A 400-foot yacht just floating there off the coast of Antarctica, an ice ship if you want to call it that,” the YouTuber says in the video.

Despite the fact that the video has gained over 55,000 views, officials are yet to reveal the discovery.