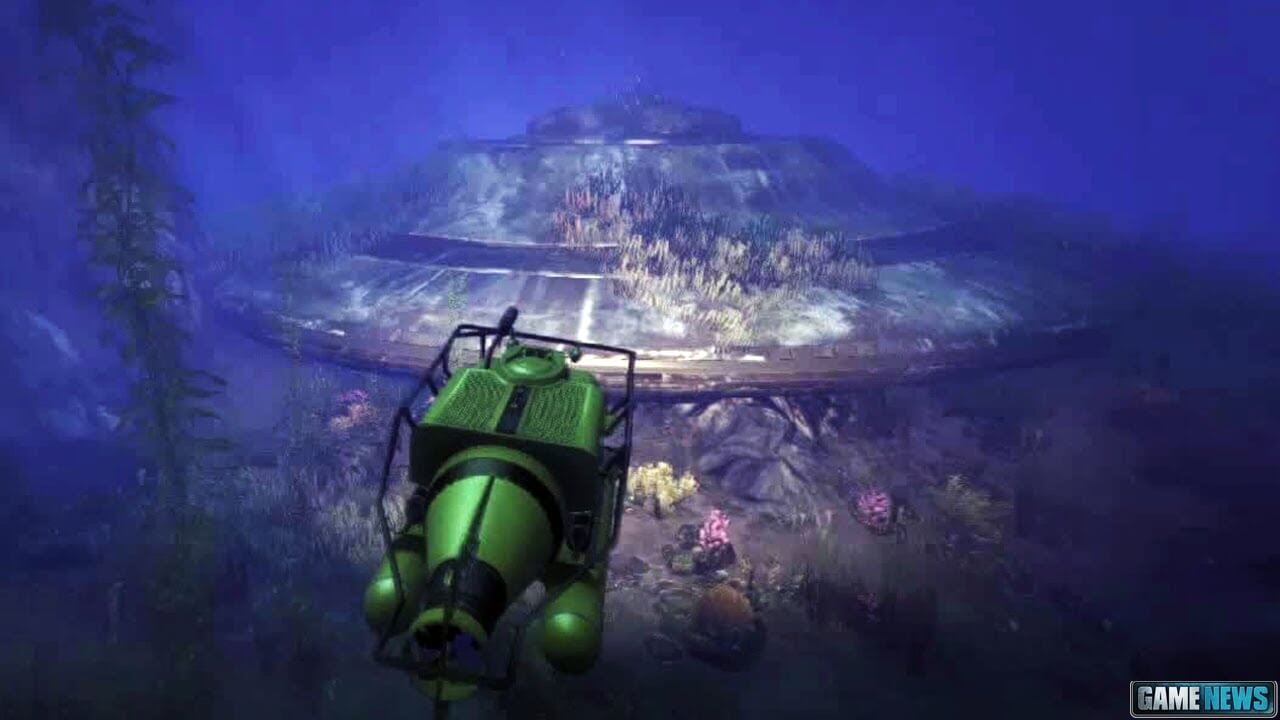 Underwater bases are the sort of thing that most would associate with science fiction. The ISS has been around so long it’s sort of mundane, but underwater bases have a mysterious allure to them. The added fear of drowning, of gargantuan undiscovered sea creatures.

Aquarius Reef base sits 5.4 miles offshore of Key Largo, Florida. It’s 63 feet deep, though the habitat sits up off the seafloor on weighted supports, so the actual living space is at a depth of 50 feet. This is so there’s space underneath the habitat for aquanauts to enter and exit the structure through an open pool in the floor of a module called the “wet porch”.

This is possible without water rushing inside for the same reason that you can turn a glass upside down and push it down into water without the water rising to fill the glass. The big bubble of trapped air in the glass has nowhere to go. It will shrink as you push the glass deeper, compressing the air inside.

The wet porch can be a big flat sided metal box with no danger of implosion because there is no pressure difference between the inside air and the outside water. The only stress on it is the upward force of buoyancy, straining against the many tons of iron weights that hold Aquarius down.

The rest of the habitat, however, is a cylinder. This is because besides being an underwater base, Aquarius (except for the wet porch) is also a decompression chamber. It used to be that crews of undersea bases had to be winched to the surface in a sealed diving bell, which was then mated to a decompression chamber on the deck of a ship.

But with Aquarius that’s no longer needed. When the mission ends, the crew decompresses right in the habitat before swimming up to the surface. This was a capability shared by Aquarius’ much smaller predecessor, Hydrolab (see below). Although Hydrolab operated at sea level air pressure inside most of the time, limiting the time divers had out in the water.

The advantage Aquarius has over Hydrolab by operating in ambient pressure mode (except when decompressing the crew) is that with the crew can allow themselves to fully saturate with nitrogen.
This is to say that instead of having to return to the surface before they take on a dangerous amount of nitrogen that would cause the bends, they instead can return to Aquarius between dives, which is at the pressure their bodies are adapted to.

This means they can dive as much as they want, every day. There’s no limits anymore, except to their physical endurance. This usually means 9 hours in the water a day, per diver, where it would be only 1 or 2 if they dove from the surface instead of a habitat. Think of how much more productivity for marine biologists becomes possible when they have a habitat like Aquarius to work from!

Aquarius was designed in 1986 by Perry Submarine Builders of Florida, and constructed by Victoria Machine Works in Victoria, Texas. Aquarius operated among the Virgin islands until a hurricane nearly destroyed it, whereupon it was hauled up from the seafloor and relocated to the Florida Keys in 1993.
Finally bought by Florida International University. Becoming part of their Marine Biology Program.

The only way there can be a future for underwater labs like Aquarius is if the general public becomes as aware of and excited for manned undersea missions as they do for manned spaceflight.
We have to be emphatic that we don’t want to see robots sent to explore the ocean, we want humans to go. To add human interest, the excitement and danger of real people on the forefront of exploration who can then come back to tell us their stories.

2 thoughts on “Underwater UFO and Bases”