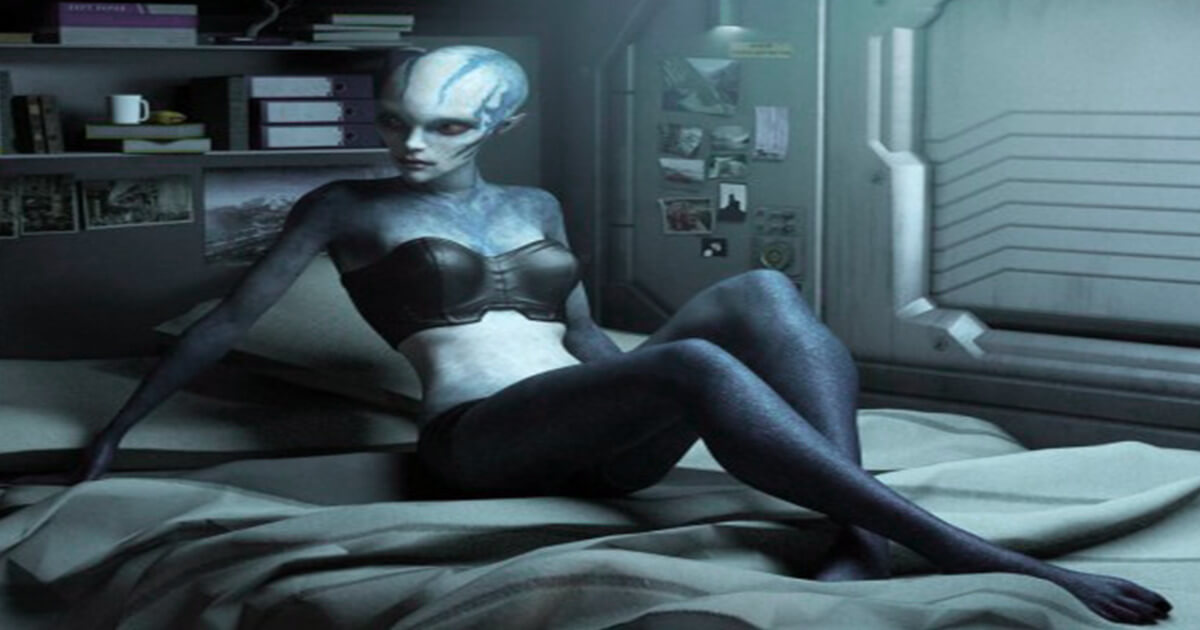 This following story was actually written off by a Ukrainian engineer that was allegedly abducted by a beautiful alien back in 1989. It all started in the village of Yablunovka as he was gathering mushrooms for himself.

He noticed the shadow forming up at his feet though and as he looked up, he spotted a massive UFO coming straight down at him. He ducked and cowered away only for the UFO to stop in its tracks meters away from him.

From inside a strange alien in a spacesuit came out and he gestured the man to approach him. He did so carefully and the alien ended up giving him a strange box. From inside of the UFO he could see the outline of a very beautiful woman, unlike anything he’d ever seen before.

She gestured for him to come after her and he couldn’t help but run inside the UFO. That’s where he actually spotted her in all of her glory. She had a lot of the features of a Hindu woman but she was way different, to say the least.

She could pass off as a human if she were to cover up more, but seeing her face alone instantly made it clear that she wasn’t a human after all.

He spent a couple of minutes with her observing her behavior but as she approached him, he got scared and ended up pushing her away. She felt offended by this act and ended up throwing him out. He couldn’t get her off his mind for the rest of his life.