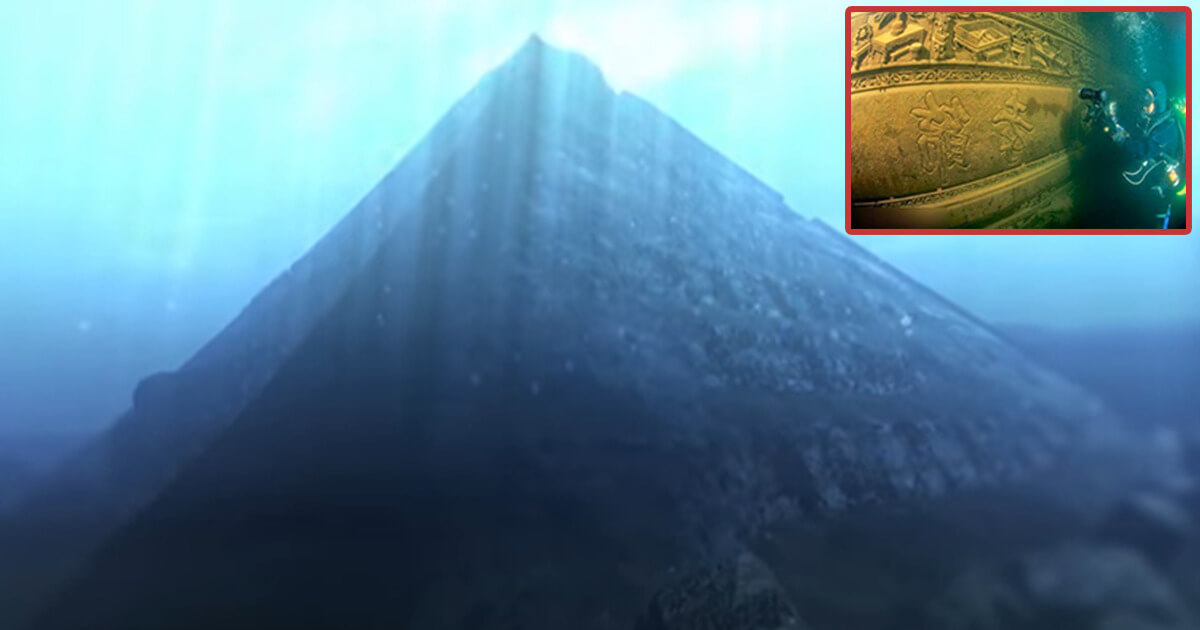 Recently, lots of underwater structures were discovered in Fuxian Lake, China, which have completely shocked the science community as a whole. The reason why they reacted this was is the fact that extremely bizarre carvings were found on these structures which showcase the fact that they were made by some sort of an ancient civilization before it was all sunk underwater.

As time moved on more and more researchers decided to jump in on the opportunity to study these relics, and after a long trial and error process was completed they eventually discovered that the structures were a part of an ancient city known as Yuyuan which was raised during the Western Han Dynasty around 206 BC- 24 AD.

The reason why the city was sunken all the way to the bottom of the Fuxian Lake is unknown at this exact time but what we do know is that a lot of theorists believe this to be another incident relating to alien life forms. They believe this because inside of this city there was also a pyramid which was clearly not used as a tomb. Unlike its Egyptian counterpart, this pyramid is way older and the carvings don’t refer to any deity whatsoever, making this quite a mystery, to say the least.

There are carvings of the sun plastered on every wall and other such alien-like carvings which date all the way back to 18,000 years ago. It is believed that this was originally a power plant disguised as a pyramid, and according to this theory, the civilization must have eventually encountered alien life forms which must have resulted in the unfortunate event which lead to the whole city being sunken to the bottom of the lake.

Nothing is known for sure yet, except for the fact that this is definitely an amazing discovery, to say the least.