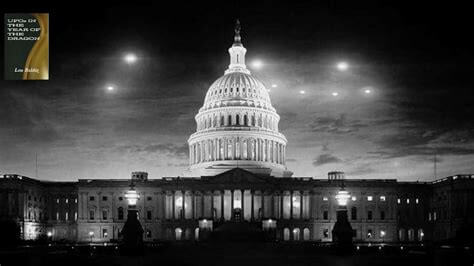 October 7, 1952
While traveling to Earth, a spectacle of clusters of bright stars glowed before us.
The vehicle’s movement through the soup of energy known as space created a funnel-like vortex from a higher reality dimension to a lower three-dimensional existence.
Our travel to Earth was a common itinerary in the Milky Way galaxy, where billions of utopian planets, moons, and ships, in every conceivable size and scope, exist.
Space travel is a reality enjoyed by countless advanced civilizations living amongst the endless number of star systems in the universe.
The technology behind the ship I traveled in surpassed theories and conjectures from earthly perspectives concerning spaceflight and physics and resides in the magical and supernatural spectrum, where souls enjoy a far different reality than what is found on Earth-like planets.
My colleagues and I entered a war planet called Earth, where harmony and knowledge of the cosmos elude most of the inhabitants equally.
The ship came to a sudden stop and Earth appeared in front of us.
I could see clearly the whole time without the aid of physical eyes, as my companions and I were in spirit form while traveling through a quagmire of dimensions.
The vessel contained several beings that were mostly spirits, but other types of beings in various stages of physical garb and variations of ethereal structure traveled on the ship with us.
A companion of mine that I called, Lee, was assigned to me and assisted me for a period during my early stages on Earth.
While on the ship and orbiting Earth, my companion lets me view segments of the life I would experience during the coming decades as a human being.
The human body I was to enter was tailor made for me, as is true for everyone that enters Earth, for any length of time as inhabitants.
I saw the nine-month-old fetus inside the mother’s womb that soon would be my prison, squirming inside her belly. I watched her give birth to a baby boy, the boy I would become a week after the birth of the fetus.
I remained in the craft with my companion Lee, until that time.

During the abduction of the mother, several weeks earlier, Lee had inserted a temporary life proxy into the mind and body of the fetus, before it was born.
From the craft, Lee and I observed my future new family and the activities they were engaged in. My soon-to-be sibling was a four-year-old girl, destined to be my sister, and my appointed mother and father, who were struggling to make a life in the war-torn and impoverished country of Italy.
What I viewed and was destined to be part of, the horrid living conditions of that part of the world, did not affect me emotionally. I was a spirit and not yet in possession of a human physical body, a body with embedded emotions and the compulsory suffering that is imposed on humanity by the galactic protocol.
I was inside of a supernatural vessel orbiting Earth and felt no pain or sorrow. At the appointed moment, I became a new member on the planet that I had gazed upon over a period of several days, in preparation for becoming human.
Souls entering Earth enter with a blank slate and are given a new beginning with some predetermination mixed in.
Souls slowly dispense of their memories of past existence during the time of their childhood years and lose most of their recollected past permanently before the age of puberty. But there are exceptions to every rule and some souls keep their memories longer or indefinitely depending on why they are placed on this planet called Earth.
My memories from my previous existence remained intact for a set time and lingered into my adulthood.
Lee blocked or opened memories of the course of my life, to shield my identity from me, and from other interested parties that I would encounter during my stay on Earth.
I received genetic makeup and other characteristics from my surrogate parents, who also imposed a humble and humiliating upbringing on me during my childhood years, as was prescribed for me as part of my reason for being here by those who placed me here.

I found myself contained by the human baby body, wrapped in blankets, and in a bassinet at the foot of my parents’ bed. I did not recall going into the body, but I was aware of my companion Lee, who was in an orb-type vehicle and continued communicating with me while I adjusted to my human environment inside a human body.
I was no longer a heavenly being. I was confined, trapped, and unable to move freely, imprisoned by human flesh and blood.
My first frustrated emotion exploded out of me and consumed me with uncontrollable crying. Alerted by my shrieks, my mother picked me up and placed me on her breast, and I fed off her milk.
Calmed by the delightful drink, I fell into a deep sleep. The next morning, I was awakened by the sunlight streaming into the room and became fully aware of my new human surroundings.