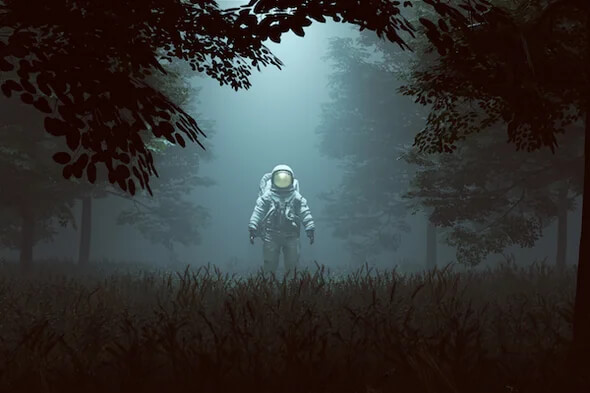 In his celebrated book On Walden Pond, Henry David Thoreau wrote: “We need the tonic of wildness…. At the same time that we are earnest to explore and learn all things, we require that all things be mysterious and unexplorable, that land and sea be indefinitely wild, unsurveyed and unfathomed by us because unfathomable. We can never have enough of nature.”

Thoreau raises a fundamental question in space exploration. Should we allow ourselves to terraform planets in an effort to make them habitable and seed objects in space with life as we know it, or should we leave nature out there to its own devices, intact and pure?

On the one hand, it would be prudent not to keep all our eggs in one basket; we might choose to spread terrestrial life to other worlds in an effort to reduce the risk of it being eliminated by catastrophes on Earth. But at the same time, one might worry that by doing so we could unleash unforeseen forces that would modify natural ecosystems in ways that could get out of hand. Moreover, artificial seeding of Earth life would muddy the waters in extraterrestrial “Walden-like” ponds. It would deprive us from the opportunity to find out if other life-forms may have existed before our arrival.

Such an impact might resemble the effect of the Spanish invasion of South and Central America, which decimated the rich culture of local populations such as the Maya. For this reason, NASA enforces tight regulations on the sterilization of space vehicles in an effort to avoid contamination of space targets with terrestrial microbes.

As we explore nature in extraterrestrial ponds, the key question is whether life there resembles what we see on Earth or takes new forms. Could it follow a different chemical network? Could it flourish in liquids other than water? Could it adjust to conditions more extreme and last longer than on Earth? But most important, how intelligent is it? It would be particularly shocking to find out that our expanded habitat includes creatures that are far smarter than we are.

Our loyalty to Thoreau’s legacy would depend on whether we are alone, for if alien civilizations had been already engaged in such activities, then nature had been contaminated by artificial intent and there is no way to find it pure and primitive. Any artifacts could be considered as completing an expanded exhibit of the full scope of nature with no need to separate the biological from the technological. But there is no denying that it would be more poetic to find nature unspoiled.

As Thoreau added: “I went to the woods because I wished to live deliberately, to front only the essential facts of life, and see if I could not learn what it had to teach, and not, when I came to die, discover that I had not lived.”

At the same time, it is important to keep in mind that nothing done by humans really matters in the big scheme of the universe. Humans have access to an extremely limited fraction of the cosmic reservoirs of energy and mass, and to potential places for life; there are 1020 habitable Earth-like planets in the observable volume of the universe, so the human imprint on the cosmic stage is destined to remain negligible. Perhaps we should limit our cosmic ambitions in light of this perspective.

As Thoreau said: “Let us first be as simple and well as Nature ourselves.”

Cosmic modesty would leave us with the sole desire of embedding ourselves in nature, soaking in its beauty as spectators, not reformers, and suppressing ego-motivated plans for space colonization.

As we venture into space we could follow the wisdom of Thoreau: “Every morning was a cheerful invitation to make my life of equal simplicity, and I may say innocence, with Nature herself.” Here, “morning” should be interpreted more broadly than its limited meaning on Earth. For example, it could mean “forever” in the permanent day side of the nearest habitable planet, Proxima Centauri b.