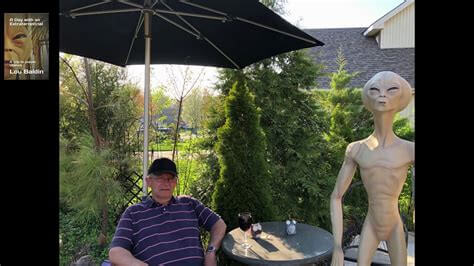 INSIDE THE ALIEN SHIP

A bluish vapor illuminated the inside of the craft like that of a fluorescent tube filled with electrified gas. A corridor wrapped around the interior perimeter where portholes (windows) gave a clear view of the outside and other parts of the park in exquisite detail. A wall on the opposite side of the windows concealed the mysterious interior of the alien craft. The windows were not apparent from the outside of the ship but stood out as ovals from the inside.
The windows seemed to amplify the details of everything outside beyond the portholes. Items of interest for a person inside of the ship were prominently displayed on the window screen as if the window zoomed-in on exterior objects. The windows or the ship knows what a person looking through the window is focusing on. As I passed through the ship on the invisible conveyor belt that was pulling me or carrying me into the ship. I was not sure how I knew some of the details about the ship that suddenly appeared in my mind, as if old memories were awakened.
There were no noticeable doors into the craft or into the interior of the ship from the corridor. No seams or other hints to where doors might be located were apparent. There were only smooth rounded surfaces indicative of highly advanced and flawless technology.
The disc interior was silent. Sound from the outside did not penetrate the ship, and no sound from whatever powered the craft was noticeable. No sounds were apparent from other occupants; if there was anyone else inside besides Milton and me, they remained silent. I passed into the interior of the ship in a semiconscious state, and telepathic briefings about the craft emerged in my mind—perhaps from Milton or a mechanism in the ship itself. Then I traveled into one of the spooky interior rooms.
QUARANTINE ROOM
I found myself standing upright, but I was not touching the floor, ceiling, or walls. I remained partially conscious and paralyzed in midair. My arms were at my sides as if I were standing at attention. The temperature in the room was cooler than the temperature in other parts of the ship, and vapor came out of my mouth as if I were in a walk-in freezer at a butcher shop.
I could not see Milton. It appeared that I was alone in the room. No visible instrumentation or control panels and no means of entering or exiting the room, the room was like a large cocoon. The compartment was a bluish-white and reminded me of an electrified cloud. Moments after I entered the room, guided by the invisible force that had plucked me from the park, a small spherical object about the size of a golf ball and glowing intense colorful light, emerged from one of the walls. It permeated through the wall, and buzzed around my head like a large mosquito and spiraled down and around me like a corkscrew to my feet and back up again. It moved at amazing speed, scanning my whole body and neutralizing bacteria on my skin and clothing. That bit of info came from an earlier memory from previous encounters that seeped into my consciousness. During the whole procedure, I remained semi-conscious and fully dressed in the clothing I wore that morning.
The ball then moved to my head and touched the very top of my skull, spinning me like I was in a washing machine in the spin cycle. The spinning lasted several seconds, and then I became stationary. My body moved to a horizontal position while I remained stiff as a board, arms at my side, and floating about two feet above the floor of the room.
The mysterious ball departed the room in the same manner that it entered, but exited through the floor as if an apparition. Then Milton’s voice came into my head.
“Wake up, Michael.”
Milton telepathically communicated with me from an unknown location on the ship.
Upon hearing Milton’s command, I instantly opened my eyes and regained full consciousness. Yet, I felt I was more conscious of my surroundings when I was in my semi-conscious state, where details seemed much clearer. Groggy and dizzy, I responded to Milton verbally with a question.
“Where am I, Milton?”
“You are on my ship, Michael.”
“Why am I in your ship, and why can’t I move?” I asked Milton in my mind.
“You will regain full equilibrium shortly after your brain makes the necessary adjustments that were uploaded into it. That will allow you to move about the ship in what you would consider a ‘normal’ manner. You will be able to orient yourself to up, down, and sideways, even though no such things exist in space or in this ship, even while the ship remains parked inside the Earth’s atmosphere.” Said Milton telepathically.
At that moment, my body floated down and touched the floor of the ship. I jumped to my feet with incredible ease as if I were an accomplished acrobat.
“Are we in space, Milton? I feel no gravity pulling on my body, and I have so much energy. I think I could run a marathon without getting winded as I did earlier in the park.” I said vocally to Milton.