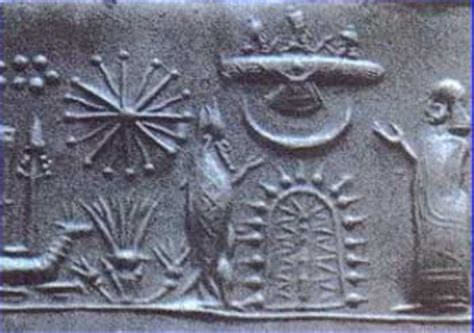 I have been reading about UFOs rather copiously the last few years and have some thoughts about them. First of all I highly recommend that you grab a copy of Jacques Valle and Chris Aubeck’s book Wonders In The Sky: Unexplained Aerial Objects From Antiquity To Modern Times. You will see that UFOs are not a contemporary phenomenon. UFOs of all sorts have been appearing over cities and towns and the ocean since time immemorial. If you read some of the accounts, they are not all rendered as visits from God or gods. Some were seen as portends of good or bad events. Some appeared at historic times, and some appeared at seemingly random times.

UFO in 15th Century Painting of the Madonna and Saint Giovannino, in the Palazzo Vecchio in Florence. 15th Century

At the end of the day, people just sort of forgot them, or put them somewhere in their memories and carried on. However, they did not start with Kenneth Arnold’s sighting over the Cascade Mountains in 1947. They have been around for a long long time. I know that there is a prevailing notion that if only these deucedly hard to pin down objects would just land on the White House lawn and say hello, then the wondering and waiting would all be over. But the fact is these objects have been in the skies in plain sight inexorably thousands of times. They have appeared over armies, religious processions , quiet towns, people in the countryside, cities, and any other air borne venue you can imagine.

If you go through Valle’s book, you will see some of them took odd shapes, diamonds, crosses, long tubular objects, round saucer like objects. They flew, floated, bobbed up and down, maneuvered wildly, crashed, landed, chased, followed, and scared people and pilots. While many of objects seem to be remembered in light of religious doctrine: angels, crucifixes, the Buddha, the Prophet Mohammed, and so forth, the vast majority of the ancient UFO sightings don’t seem that different from sightings described today. Many historians from antiquity felt unidentified aerial phenomenon were signs that some sin in the recent past had imprecated the towns over which they appeared and this was the proof. But last year a spectacular UFO descended over the Temple Mount Dome of the Rock on January 28th 2011 and was filmed by hundreds of people. This one was nothing short of a Steven Spielberg UFO.

The point here is that short of actually calling Wolf Blitzer and scheduling an interview, the “aliens” have indeed already revealed themselves. UFOs have been seen by so many people that it’s harder to believe that they are all misidentified than it is to believe they are not from here.

Here are some images I have collected from books just for the discussion and a Youtube video compilation of some of the stranger sighting from 2011. The advent of the now ubiquitous phone camera has helped us to see this again.

So. What are they? Visitors from other worlds? Explorers? Time travelers coming back to witness and record history? Beings so different from us that we have hardly even a conventional point of reference beyond lights in the sky? Perhaps they are not visitors at all. They might be the dominant life on this planet and we don’t know it. Maybe they created us and own us?

I really don’t know what they are. I tend towards the idea that they are not all from the same source. The time traveler idea appeals to me but at the end of the day they have been seen by lowly shepherd and by the most powerful people on Earth. And unfortunately, time may not tell us who or what they are.