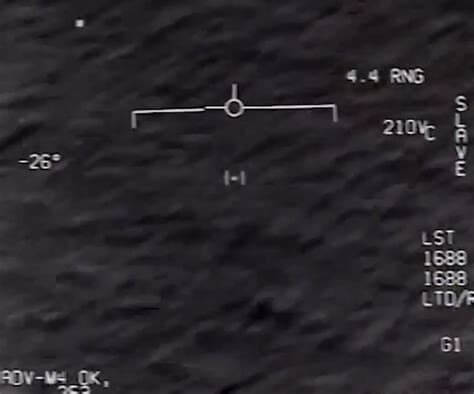 A SEASONED UFO-hunter who has spent 25 years exposing US government secrets says that spy agencies know a lot more about “alien” encounters than they’re letting on.

John Greenwalde Jr, who runs a website where he has published more than 2million sensitive files from the CIA, National Security Agency and more, said reams of documents regarding mysterious sightings are yet to be uncovered.

Based in California, the father-of-two has tirelessly investigated the shady activities of US government sleuths since the age of 15.

Last month, he published hundreds of declassified CIA files containing once top secret information on sightings of UFOs across the globe to his website, The Black Vault.

Within the pages are a bizarre story of an explosion in a Russian town in the 1970s, and a dispute with a Bosnian fugitive who claimed to have made contact with aliens.

Since 1996, John says he’s filed more then 10,000 Freedom Of Information Act requests to get hold of elusive government papers.

They date back to World War One and cover topics including Bigfoot, alien encounters, the JFK assassination and the CIA’s mind-control research.

In an interview with The Sun, the 39-year-old revealed that some files are so explosive that they simply go “missing”.

“Often they search their archives and tell you they didn’t find anything,” John said. “You really can’t fight it and you just have to trust them.”

“Sometimes, the evidence is so explosive that they don’t really search as well as they say they do.”

On top of that, he believes that there are plenty of juicy secrets stored up in the national archives that agency staff don’t know are there.

“I think there’s a lot of evidence to suggest that most government agencies don’t know what they have in their holdings,” John said.

“That’s very frustrating to me as a researcher.”

He added: “The National Archive here in America alone, they measure documents by cubic feet due to the amount of information they have.

“So it’s hard for me to believe they’ve found every UFO document that they have.”

John lives in the town of Castaic in Los Angeles county with his wife of nine years, Sabrena, and two children: Christian, aged six, and Anabelle, two.

He wakes up at 4:30am each day to investigate unexplained phenomena the world over, juggling his hobby with his day job running an online business that sells earphones to gyms and schools.

The result is The Black Vault, a treasure trove of mysterious government documents frequented by conspiracy nuts and journalists alike.

Each month, the site attracts more than 300,000 visitors, who download a combined ten terabytes of documents.

Most are so heavily classified you can’t read anything on the page, but that doesn’t deter the cyber sleuth.

“A lot of people get frustrated at that,” he said. “But that to me tells part of the story.”

“It proves that the phenomena is real, that it’s unidentified, and that it’s highly classified. Whatever it is, they just don’t want us to know about it.”

After decades spent prodding the CIA and other agencies to release their most delicate reports – sometimes taking legal action to get the job done – the cyber detective has made his fair share of head-spinning finds.

They include the story of an explosion in a small Russian town which ripped off roofs, blew out windows and left a 90ft-wide crater.

Residents reported seeing a “moving fiery sphere”, sparking UFO fears, but local military men concluded that a store of ammonium nitrate was the source of the blast. The CIA’s investigation was inconclusive.

Perhaps the site’s biggest scoop, however, was files it unearthed relating to MKUltra, the CIA mind-control experiments conducted on dozens of US citizens.

Those reports include details on two projects which explored whether the CIA could control human behavior using hypnosis or hallucinogens like LSD.

It’s the files that get “lost” along the way that John finds most irksome.

“I once filed requests on DIA and NSA material on UFOs that’s been classified for years,” he told The Sun.

“Both agencies told me the same thing: They ‘lost everything’. They just can’t find it.

“That doesn’t make sense, that doesn’t fly. The government generally doesn’t lose anything, that’s evident by the amount of c**p that they have.”

“For them to claim that on UFO material is very convenient.”

John hopes that the Black Vault can educate the general public by giving them as much of the story as possible.

He’s kept the website free throughout its existence, and allows people to download anything from the site without charging them a fee.

“I want visitors to have as many pieces of the puzzle as possible when it comes to UFOs or mind control or whatever the topic is,” he said.

“It’s the most amazing feeling I get when people benefit from that. They want this information, and they should have access to it.”