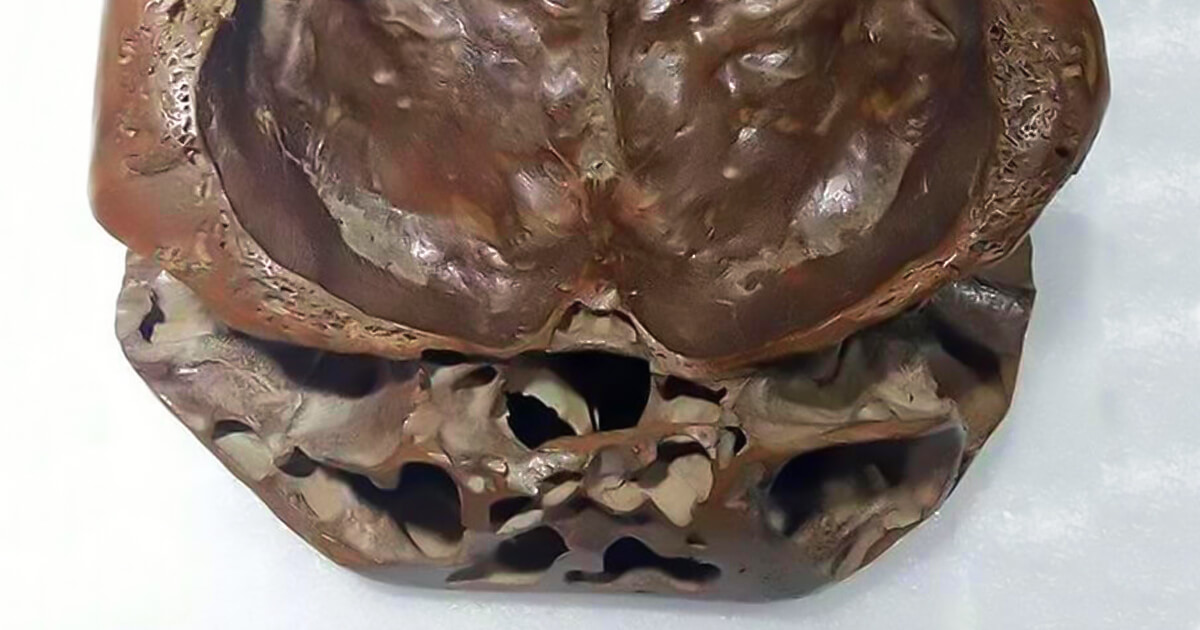 February 16, 2021
This new discovery was made by the UFO hunter named Li Jianmin as he allegedly came across an alien skull of some sort. The 55-year-old alien hunter reported his incredible discovery at a seminar in the Chinese capital Beijing where he stated that the 16cm skull was discovered to be brown and have two different layers to it. This already sets it apart from any other skull we’ve ever uncovered so far, to say the least.

It was allegedly bought off of a street seller in the Inner Mongolia region by a private collector of some sort that afterward got into Li’s Sci-Fi novels and decided to contact him about his new acquisition.

The two eventually met up and the collector ended up giving Li the skull for a good four months during which he examined it from top to bottom. That is how he managed to write 103 pages on it and come out with enough proof to back up his claims.

He allegedly used Raman spectroscopy and atomic force microscopy in order to spot things 1000 times smaller than ordinary microscopes can and then he compared the skull to different skulls that were discovered across the globe. He sadly doesn’t have the budget to pay for DNA analysis of it as this would cost him over £11,200 to do.

The author has been widely mocked on social media for his wild claims, but remains convinced the skull is real.

“I welcome questions and skepticism, but if you decide to challenge me, be sure to bring along evidence,” he said.