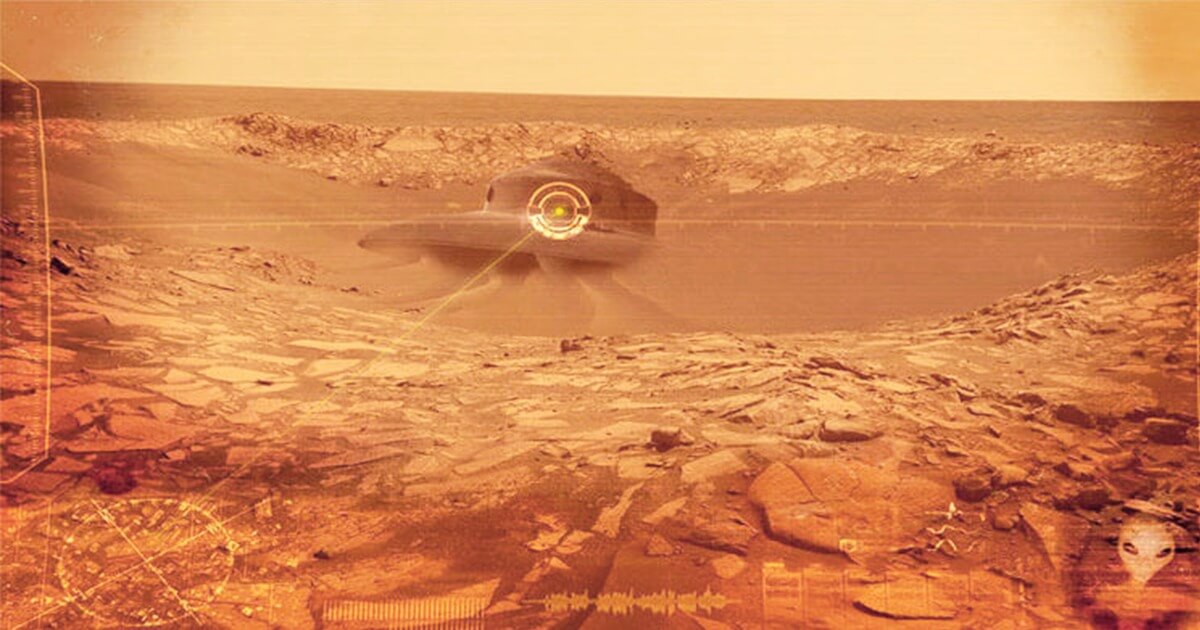 The Curiosity Rover has given us some of the most significant bits of proof of alien life on Mars as we know it. Ever since it first reached its destination and rolled its wheels on the Red Planet NASA’s greatest trooped made more discoveries than any other construction in the history of humanity.

Such is the case for this picture below that was sent back by the Curiosity Rover a while back.
As you can tell yourself, it appears to depict a sort of a flying saucer that is covered in rocks almost entirely. Many believe that this is a sort of a crash site from one of those UFOs.

There are some that believe it looks like any other rock formation, which could be the case definitely if it weren’t for the fact that everything else is made out of rocks around it and it looks nothing like it.

The fact of the matter is that it stands out instantly, which is why most experts believe it to be a crashed UFO after all.

It has the hemispheric form below the flat, central disk, and of course, the narrow dome on top. Look at any classic depiction of a flying saucer and you’ll see this exact form pop up everywhere.

It appears to be rather undamaged despite it being crashed there, so if we don’t see it again when we go back to Mars it might mean that it was active all along and that the aliens took it back.