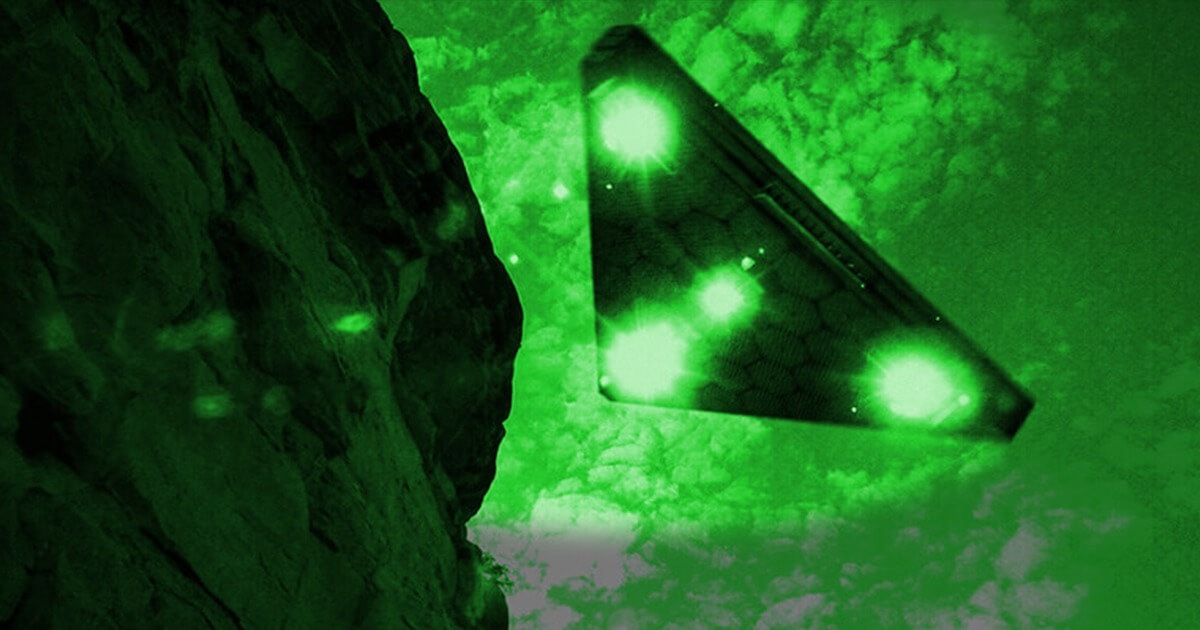 This triangle-shaped UFO appears to have been recorded in Longview, Texas on October 27th, 2015 at around 8:50 PM. The UFO apparently came out of nowhere in everyone’s field of sight, so as any ordinary sane human would do, the witnesses had to pull out their phones and record it.

As you can tell from the video we attached here, one and a half minute it yet another UFO appears out of nowhere.

This was recorded by a set of relative newcomer witnesses so you can already expect the video to be quite shaky, to say the least, but for what it is, it is definitely easy to discern its legitimacy from the get-go.

Many skeptics believe that this was all just a military drone flying above their heads, but its size and speed seem to suggest otherwise. We cannot tell you for sure whether it was built by aliens or the military because we do have records of similar military prototypes having been built in the past such as the TR-3B.

Many compared it to the Cash-Landrum incident that occurred near this area where the video was taken. The Cash-Landrum event was originally considered to be a close encounter of the second kind that oversaw Betty Cash, Vickie Landrum and her seven-year-old grandson Colby.

They came across a UFO as they were going home, and within seconds the whole car was on fire, melting away in front of their eyes.

23 military helicopters followed closely after. Cash, later on, was reported to have suffered radiation poisoning which proved the fact that she had come across an out-of-this-world event, to say the least.