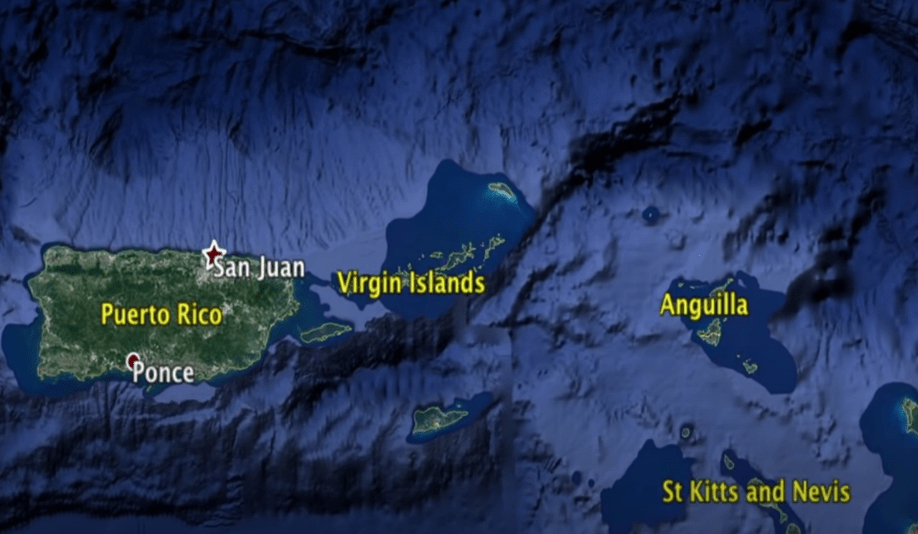 Jorge Martín is one of the few investigative journalists who spent a whole life studying the UFO phenomenon. He has been investigating the UFO phenomenon and extraterrestrial activities in Puerto Rico and the Caribbean islands for more than 30 years. For years, different anomalies had been spotted in the skies of Puerto Rico including crafts emerging out of clouds. Martín is famous for the alleged UFO sightings in El Yunque Forest during the 1990s.

Martín was born in 1952 in New York City to Puerto Rican parents. His parents returned to Puerto Rico when he was only 5 years old. He has been actively working as a UFO investigator since 1975.

Back in the 1980s, the residents of Ponce City in Puerto Rico felt disturbance and vibration like someone drilling underground. They even heard loud noises and buzzing sounds for several nights. Being worried about it, they asked local and state authorities to investigate the matter. The locals had done peaceful protest for several nights but unfortunately, the media stopped covering the issue. Subsequently, the noises stopped and the case was forgotten.

This incident triggered Matin to pursue an investigation which later became an interesting case. According to him, the group of islands near Puerto Rico was the hot spot for UFOs and extraterrestrial activities. He claimed to have discovered mysterious structures (artificially created) at the seafloor, in the south of the city of Ponce, extending to the east of Vieques island in Puerto Rico.

Interestingly, he found submerged tunnels that connect with the continental shelf in the south of the city of Ponce. He wondered if there was an underground facility. Officially, the US navy exited from Roosevelt Roads Naval Station in the town of Ceiba, Puerto Rico in 2000. Anyway, Martín was skeptical about the US military activities in the region. He argued that the mysterious structures he discovered using NOAA images were impossible for humans to build with the current technology. He was confused about who could have built such enormous structures underwater: were they built by ancient civilizations or the secret hiding place built by extraterrestrials?

The evidence of the existence of extraterrestrial activities in Puerto Rico was recorded in a camera by astronaut Story Musgrave from outer space during NASA’s mission STS-80 in 1996. The video clip shows a craft, emerging out from nowhere over Puerto Rico with a speed of 680 miles per second, that disappeared into deep space.

Martín received shocking details from fishermen about the secret undersea canyon and UFO sightings on the island of Vieques. The fisherman named Carlos Ventura said that he believed there was an empty space underwater in a deep submarine canyon south of Vieques. Another fisherman named Alicio Ayala also confirmed the same and claimed to have seen UFOs in that area multiple times.

He said: “As it was sinking in the water you could still see the glow of its light, until it disappeared. I remained waiting to see if it came back out, but it did not. This was south of Vieques, in the zone of the South Depth, looking in the direction of the tip of the town of Maunabo, in the main island, where the lighthouse of Maunabo is located at, over there.

Many others say they have seen exactly the same things out there, and also in the area close to the El Yunque, in the Big Island.”

Many residents of Vieques had often seen the creature like grey aliens, coming out of the sea and returning back. Additionally, in 1996, a story of the discovery of an alien corpse was published in Magazin 2000 by German journalist Michael Hesemann, forwarded by Jorge Martín.

The incident occurred in the 1970s in the Cerro Las Tetas Peak in Puerto Rico. One night, Jose Chino Zaya and his friend went fishing when they discovered a series of mysterious caves in the area. They were terrified after they saw several small creatures in one of the caves.

During an encounter with small beings, Zaya killed one who grabbed his leg. He took the dead alien body and preserved it in formaldehyde. Subsequently, Officer Osvaldo Santiago examined the strange-looking being. Besides, it was studied by a professor from the University of Puerto Rico who called it extraterrestrial. The creature was described as over 12 inches tall with an extremely thin skull and big eyes.

Jose Martín unraveled dozens of such mysteries in Puerto Rico, appeared in several TV shows and traveled to other countries for researching the UFO phenomenon. He is the author of the book: “Vieques: Shooting Range of the 3rd. Kind.”