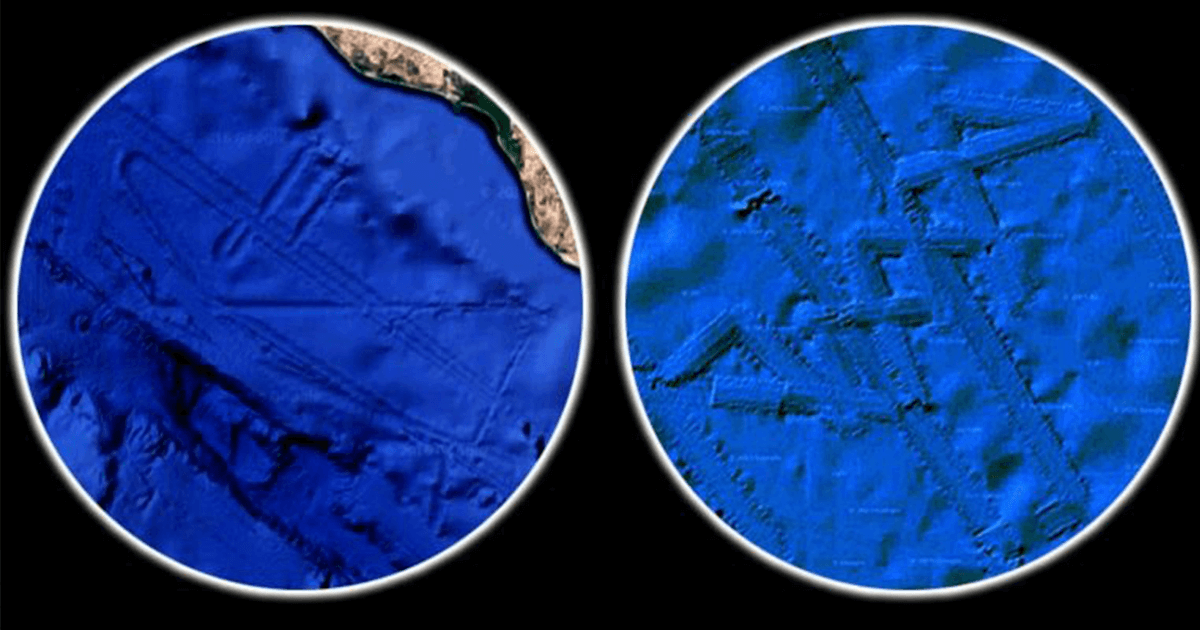 As the title suggests, UFO Hunters have recently discovered two sunken alien bases on our own planet through the use of Google Earth.

Most of the natural structures on Earth that have been here for millions of years now were all sunken below water level at one point, we know this thanks to the many signs of erosion and accretion that we’ve spotted on most mountains nowadays. This proves that most of what we see today in the outskirts of the wild was at one point underwater, hidden away. So, with that being said, you should realize that most of Earth’s surface is still covered in water which gives it plenty of room to hide even more undiscovered secrets, to say the least.

The first of these alien bases was discovered by a Youtuber by the name of MEXICOGEEK on July 15th as he was scanning the coast of the Gulf of California.

It appears to be over 70 miles in length and thanks to its geometrical patterns, experts believe it to clearly be artificial in nature. Scott C Waring himself discussed the legitimacy of it, stating that it is most likely tied with most every other UFO sighting from Mexico and Central / South America. The second of these bases was discovered off the coast of Venezuela, lodged right in between Curacao and Puerto Rico.

What’s even stranger about it is that unlike the other’s base which is very straight and geometrical, this one appears to be zigzagging all across the place. It is more than 90 miles in length and it appears to be made out of several 90-degree angled lines too.