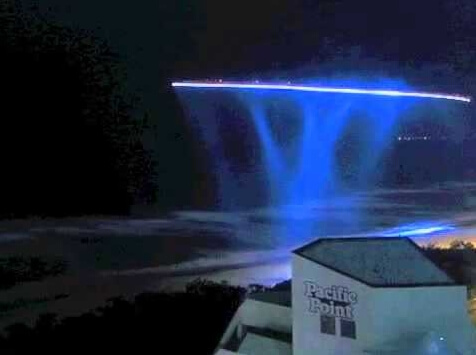 For the first time since its official launch, the Xiaoshan Airport from Hangzhou, China has closed down. The reason behind this strange choice? A very unusual aircraft popped up on the airport’s radar and shocked everybody at the airport that day.

You can see it in the pictures below, China’s sky was almost completely covered by the flying object. It was later on confirmed that it didn’t belong to any nation, it wasn’t a human-known flying aircraft in the slightest which completely shocked the managers of the airport. When they spotted it on the radar the immediately diverted 18 flights away from the airport to avoid any unfortunate events.

What really sets this incident apart from any other UFO spotting is the fact that there are a ton of witnesses that claim to have seen it in the sky. You can see pictures of it from multiple angles which showcase the fact that it was real and not photo shopped.

This is by far one of the greatest bits of evidence regarding extraterrestrial life forms that we’ve ever encountered. A lot of people claim however that this wasn’t a UFO after all, that it was a secret military project instead that was meant to be tested that day.

Watch the video and see for yourself what many people refer to as the strangest UFO spotting yet.