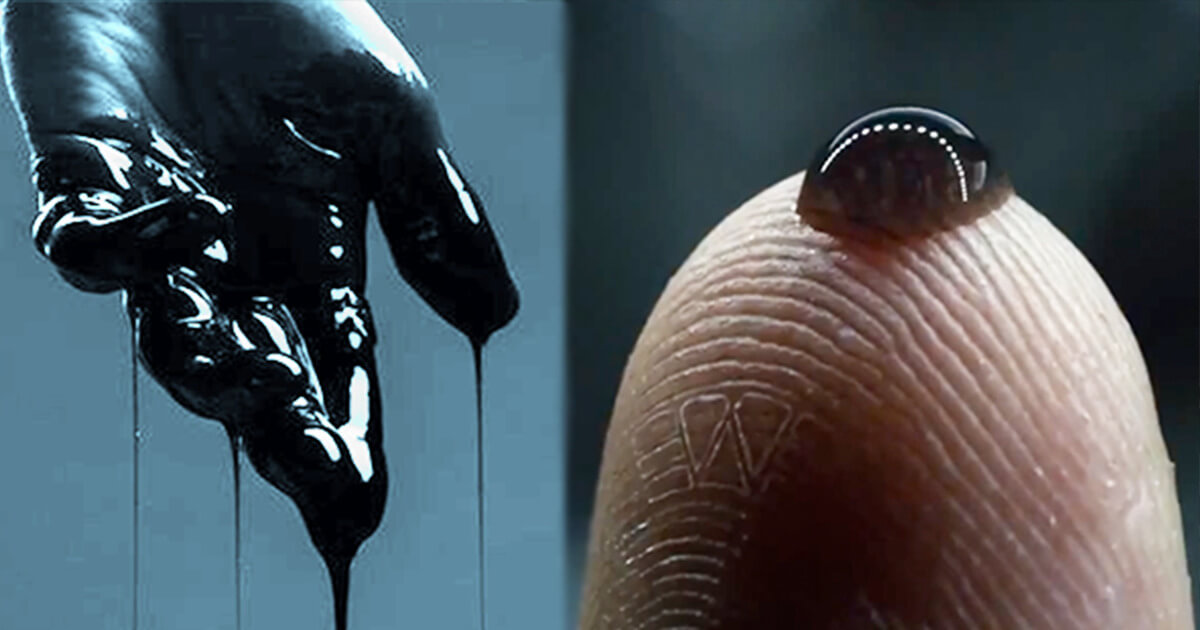 This new alien substance was discovered not too long ago in the rainwater of Germany and as you can tell from the title, it appears to be alive. It actively moves around and it has been nicknamed “The Black Goo” by the experts that uncovered it.

The following substance was actually extracted from World War II SS black stones and if you’ve been keeping up with conspiracy theories this should already make you realize that there’s something afoot with it since Germans around that time period were known for their alien technology. The stones themselves were very similar to the one discovered in Kaaba, Mecca and as you can tell, the general consensus is that they all came from outer space.

Since the crystal appears to contain monoatomic gold and monoatomic iridium it is pretty clear that they’re not from around as these two precious metals on their own are known for making their vectorial position in the spaces between the DNS spiral of humans.

For the most part, they are used to bring people up, as they can affect people’s minds thus making them feel better, but in some cases, the opposite can also be a result.

Ingesting the monoatomic gold for example was very popular in ancient times as the ones that undergo this process were said to be able to live up to 800 – 900 years in total.

Monoatomic gold is also mentioned in the Bible as you can clearly see in Genesis 2 Verse 12.