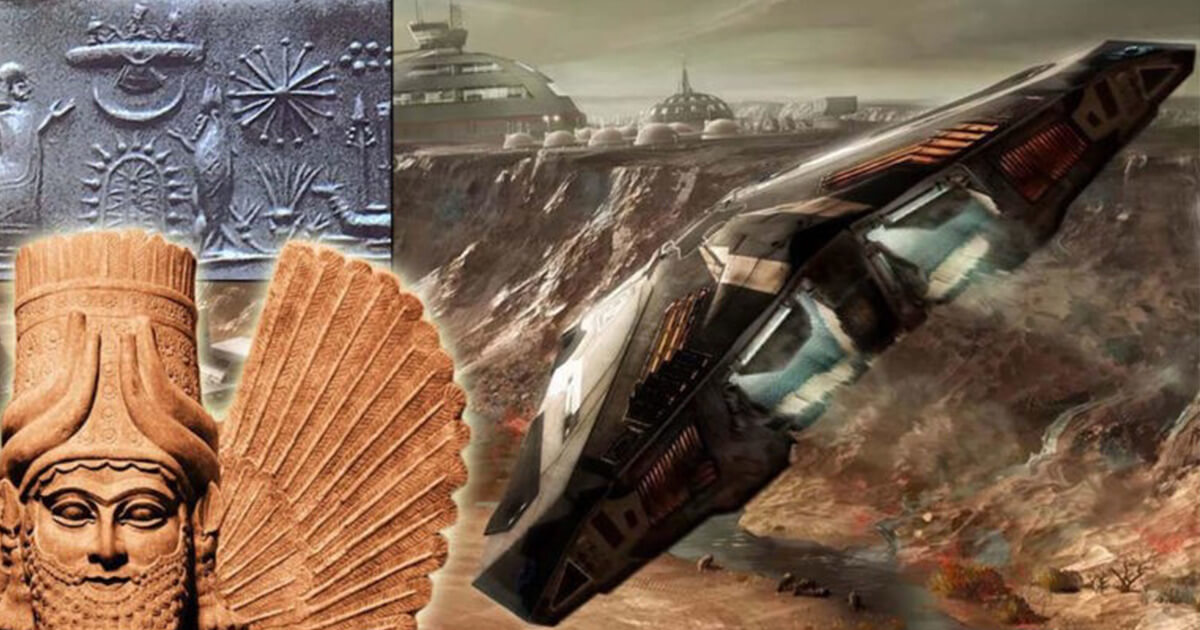 In case you didn’t know about this already, the ancient Sumerians believed in a race of deities known as the Anunnaki that effectively came to our planet 445,000 years ago in search of gold.

We know that they believed in these ancient beings but why would these advanced creatures leave our planet if it was all they ever looked for in the first place?

Most experts agree that their departure was all a result of a massive civil war that broke out between the clans of Enki and Enlil, more specifically between Ishtar and Marduk.

Marduk is later on referenced in Babylon as the ruler of the place back in 539 BC and by then the Anunnaki had already left the planet. So, why did he stay? Zecharia Sitchin brought up all of the answers that we needed in his book The End of Times.
According to him, it all started with the Second Pyramid War.

Basically, Ishtar wanted to take over Africa and Egypt but Marduk wasn’t okay with this as he was still trying to build the city of Babylon and the Tower of Babel which could effectively serve as a platform to Nibiru, their home planet. Soon after the conflict was inevitable as the two parties ended up using nuclear weapons to discern who the winner of this battle would be.

Essentially, Ishtar and Enlil, her father, were forced to retreat as they left the planet and went back home. Later on, on October 12th, 539 BC Marduk fought against the High Priestess of Sin and lost which forced him to leave the planet too alongside the rest of the Anunnaki.