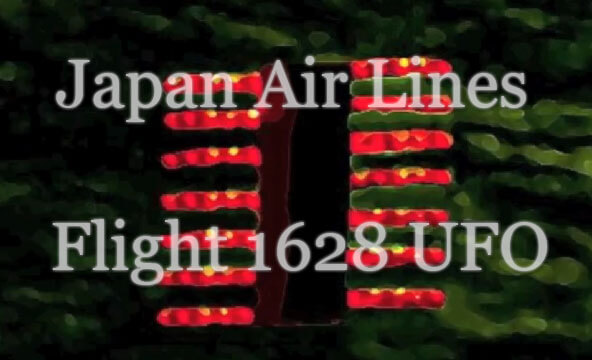 A routine flight ended not exactly what was expected. It was Japan Airlines 747 cargo flight, carrying a load of French wine to Tokyo from Paris.

The first leg of the trip was on November 16, 1986 from Paris to Reykjavik, Iceland then continued flying over Greenland the next day and then across northern Canada.

Just moments after they crossed into Alaska at around 5:09 p.m. local time, Anchorage Air Traffic Control instructed the flight for their path. They were at 35,000 feet and moving at a speed of around 600 mph.

Captain Terauchi noticed the lights at around 5:11 PM local time about 200 feet below in which he thought at that time an American jet fighter from nearby air force bases, patrolling the airspace of Alaska. However, few minutes later, he noticed that the lights were at the same pace as with his own aircraft, which he found unusual for patrolling jets.

They were paying attention to the lights for about seven minutes when all of a sudden two spaceships came to their front shooting off lights. The lights shined the inside cockpit brightly and the captain felt warm in his face.

Terauchi suspected that the two objects were the lights he noticed below them that suddenly jumped in front of him. The two objects keep on moving in unison with a strange rocking motion while keeping pace with the 747 for several minutes.

The two mysterious aerial objects then changed to a side-by-side arrangement after around seven minutes.

Terauchi said the lights were amber and whitish that appeared like flames coming out of several rocket exhaust ports. Co-pilot Tamefuji described the lights as assorted Christmas lights with a salmon color.

Flight engineer Tsukuba did not get a good view of the lights, but he emphasized that the lights in front of them were different from town lights.

Capt.Terauchi asked Tskububa to give him a camera to take a picture of the lights, but failed to do so because of his unfamiliarity of the camera and he experienced problem with the auto-focus. The objects then flew off to the left and disappeared without a trace.