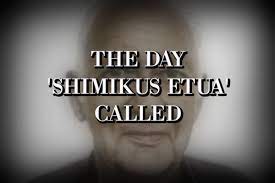 There have been various accounts of alien beings surfing the internet, but this enigmatic story about an alien being will surely blow your mind. An incredible account of an extraterrestrial being who was living on Earth was published in an article. According to the alien himself, he was living in a human body and, according to the Earth’s calendar, he was 3000 years old.

It all began when a journalist received a phone call from a female acquaintance who informed him that while she was on vacation in the Philippines, she had encountered an extraterrestrial being. This enigmatic story caught the journalist’s attention, so he asked his friend to arrange a physical meeting with that alien. After being approached, the extraterrestrial being was ready to meet with the journalist in person.

When the journalist met the alien, he was disguised by his appearance as it appeared similar to humans and his voice had no difference from a human voice. His tone conveyed an air of self-assurance and composure. During the meeting, the extraterrestrial being revealed that his name is Shimikus Etua and he resides in the body of a regular human being named Eugene Randall. Shimikus stated that Eugene willingly handed over his body to him.

When asked where he was born, Shimikus told the journalist that he arrived on the planet Earth from a planetary system that was located not too far from the Polar Star, which can be seen in the constellation Ursa Minor. According to Shimikus, he was born on board a huge mothership that was travelling to earth. He also claimed that he was just over 3000 years old as measured in terms of earthly years.

He answered yes when the journalist asked Shimikus whether or not members of his species believe in God or the Supreme Being. After a period of aggressiveness, Shimikus asserts, his race was able to annihilate many other civilizations until a local priest started preaching a positive attitude and teaching the aliens to be compassionate. Since then, his alien race has begun to evolve.

These beings from other planets are worried about the human race because humans have decided to destroy themselves. When Shimikus was asked about the relationship between aliens and people, he responded that aliens were similar to wild people and primitive tribes. At present, there are also other members of his species who, much like him, reside in the bodies of regular humans.

Shimikus Etua claims that there are more than eight thousand of his relatives living on this planet. In addition, Shimikus and the other members of his species are highly concerned about the fact that mankind has begun to utilize and create nuclear energy. This is due to the fact that nuclear energy is known to do significant damage to anything in its vicinity, including space.

In addition to this, he revealed that he and other aliens of his race are able to have sexual encounters with humans without any trouble. He stated that his race can also be successful in conceiving and bearing children. Shimikus Etua has already produced a lot of children with humans.

Similar to his race, our world is home to a variety of other alien species, many of whom are hostile to humans and use the abducted victims for their own purposes, such as abduction experiments. Shimikus said that the motive of his species is to fight and eradicate aliens that are harmful to humans.