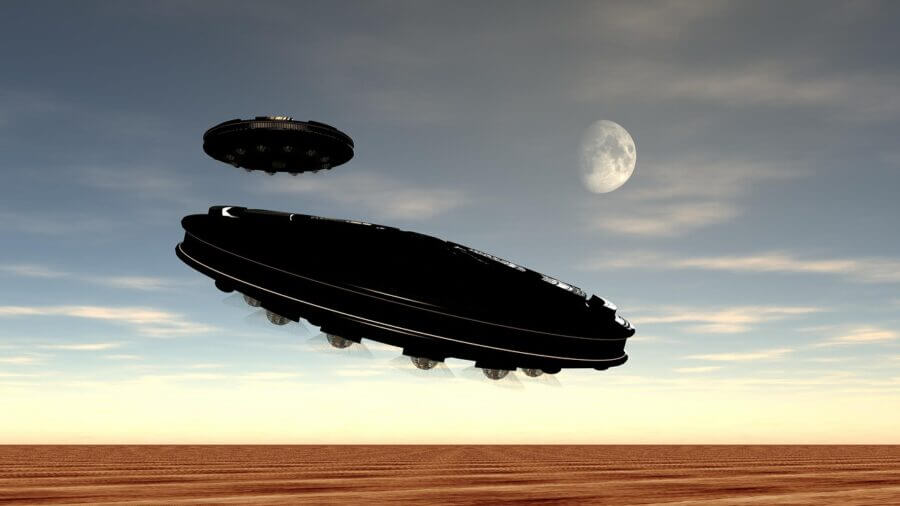 The statement was recently made by Dr. Garry Nolan, a professor of microbiology and pathology at Stanford University, who became famous in the ufological world for having analyzed alleged UFO remnants and reported health effects on military witnesses — like pilots.

This Tuesday, Dr. Nolan was interviewed for about an hour on Tucker Carlson Today, an occasion he took the opportunity to express what he thinks about  Unidentified Aerospace-Underwater Phenomena (UAPs). Among other interesting things, he again delved into who or what could be behind what is happening, leaning towards the side that we are talking about something that IS NOT from Earth but has been visiting us since ancient times.

In another part of the interview, when Carlson asked him about the possible remains of UFOs that could have been recovered in different incidents, such as the one in Roswell, the scientist gave an explanation of who he thinks has them and why they have not been released. to know as such.

“These remains went to places like Lockheed and other big aerospace companies, which wanted to profit from them; and a lot of them basically took a bunch of information, pulled it apart, and said, “OK, let’s make a profit on this. We are not going to tell Congress what we have, because if we do we may have to share it with McDonnel Douglas (another contractor) or someone else,’” Nolan replied.

Given this, the interlocutor asked him how it was possible for them to profit from such materials.

“Well, they can keep asking for black budget money. And so the funding can continue in the hope that one day they will understand this technology,” Nolan explained. “And it’s a hundred technological revolutions ahead of us. It’s like giving a Neanderthal a cell phone and expecting him to figure out what it’s for or how it works.”

Another point to note is that the scientist thinks that UFO crews have the ability to project things into the minds of their witnesses or put ideas there; and that even the reported humanoid form could simply be an “avatar” or “biological robot” that is familiar to us, in order to interact in some way with us, “simple primitive monkeys”.

The latter coincides with what was said by former CIA officer Jim Semivan a few days ago, who, speaking on the same subject, stated that “there is a force out there that can control our environment, that can put thoughts in our heads”.

“There is a force out there that can control our environment, that can put thoughts into our heads.”

Jim Semivan, a former CIA officer and co-founder of  To The Stars Academy (an organization that claims to have been responsible for the release of the now-famous Pentagon UFO videos), has previously stated that UFOs sighted by the Navy are from another world.

Now, he made even more shocking statements about the reality of the unidentified during an interview with James Iandoli, stating that the phenomenon can be very shocking, especially for children. “When we started TTSA, we had discussions about this all the time. Are we sure we want to disclose this information? I mean, you know, are we going to scare eight-year-olds?”

“Yes, that there is a force out there that can control our environment, that can put thoughts into our heads. That they can lie to you, deceive you, and that you are not in control of your life. Tell this to a 12-year-old,” while succinct, Semivan suggests that the “rabbit hole goes much deeper” when it comes to the UFO phenomenon.