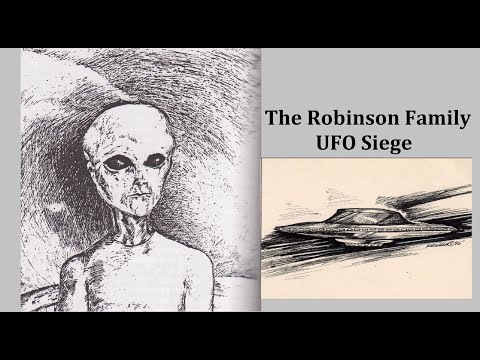 Preston Dennett
In 1975, the Robinson Family (pseudonym) left their home in the San Fernando Valley in southern California to spend the weekend in a cabin located in Cedar Pines, in the remote wilderness of the San Bernardino National Forest. Little did they know, this weekend vacation would mark the beginning of a series of UFO encounters that would involve their entire family. That evening, the mother, Diane Robinson, looked out the window of the cabin and saw a large round object covered with white lights, hovering and darting around before quickly zipping off. Meanwhile, in the lower cabin, her two young daughters (Jenny and Kelly) and their cousin, also observed the object. All the witnesses were deeply impressed that they had seen a genuine UFO. But it was just a simple sighting, and they thought that would be the end of it. But it was just the beginning. Years later, in 1982, Kelly Robinson (now a teenager), traveled south to the small town of Julian to spend a few weeks at a church camp located in the remote Volcan Mountains. Laying outside one evening watching the stars, Kelly and her friends were amazed to see a star-like object flitting across the sky. It moved super-fast and at acute angles, making it obvious that it could not be a plane, helicopter, balloon, shooting star, satellite or any other conventional object. It was a UFO. After watching this object dance across the sky, Kelly and her friends became frightened and retreated inside. None of them talked about the sighting. Over the next few years, Kelly returned to the same church camp in Julian, and on at least two other occasions, witnessed more UFOs. One time they watched an object for over an hour. It became an interesting and fun activity to look for UFOs, but it also made Kelly slightly nervous. Events soon began to escalate. Back at the Robinson family home (located in Reseda, California,) Kelly’s older sister, Jenny, was driving outside with her friends when they saw a strange unidentified flying object flitting around in the night sky. Again it was a star-like object, quite high in altitude, but obviously not a plane. And when Jenny saw it again, she began to wonder, why were they seeing so many UFOs? Soon they would have their answer. In October 1987, Kelly (now age 19,) woke up in her bedroom to find herself surrounded by several gray aliens. “Do not be afraid,” they said. “Come with us.” Kelly was consumed with fear, and protested, explaining that she had a family, a job and bills to pay. The next thing she knew, Kelly found herself inside a small, rounded room with gray walls, laid out on a table. Small figures with large dark eyes, bald heads and grayish skin surrounded her, and told her that they needed to cut her arm. They then told her they needed to do an operation on her brain, and that Kelly would not remember any of this. “No,” Kelly protested. “I will remember!” And she did. When she woke up the next morning, she immediately looked at her arm and saw a thin, red scar where she had been cut by the grays. That was her first encounter, but two weeks later, the grays came back again. This began a series of encounters. During one such event, Kelly was able to converse with the ETs, and they provided her with several predictions about her personal life. More strange events began to occur, including a series of weird poltergeist activity. Meanwhile, Kelly’s mother, Diane, woke up to find a strange needle-like mark on her arm. And following one of Kelly’s encounters, Diane had a very strange “dream,” that she had been taken onboard a UFO and shown weird-looking babies. A human-looking figure entreated Diane to hold and nurture the babies, saying, “they have everything, but they need love.” This video presents the true story of the Robinson family’s series of UFO encounters. What began with a simple sighting eventually escalated into a full-blown series of close encounters and onboard UFO experiences. This case reveals one of the main gray agendas to produce hybrid babies. It’s a multiple witness case, and shows the patterns that often appear in many other cases of extraterrestrial contact.