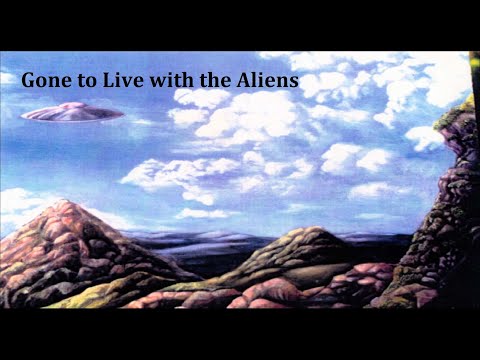 Preston Dennett
If you had the opportunity to go live with the aliens, would you accept the invitation? Before you answer, consider what happened to a young man named Paul. In 1978, a group of a half-dozen young men went to a remote cabin in the deserts of Palm Springs, California to enjoy a weekend getaway from the city. During their stay, one of the men, Paul, (age 21) decided to take a late night walk alone through the wilderness. Hours passed and back at the cabin, Paul’s friends became worried. Had Paul become lost? Had he hurt himself. They were just getting ready to organize a search party and go look for him when Paul returned to the cabin with an incredible story. Paul said that during his walk, he saw an unidentified glowing object drop from the sky and land on the desert floor near the base of a cliff. Paul went to investigate and to his amazement, he saw that the object was a flying saucer, a UFO. And walking around the object were several strange figures. Paul gathered up his courage and approached the object. Upon arriving at the site, Paul saw that the figures were not human. They were aliens, extraterrestrials. They were about five feet tall, bald, with large dark eyes, grayish skin, and each of them wore a white jumpsuit. They welcomed Paul and explained that they were studying this location. They invited him onboard their craft, which Paul said was all white inside, very clean and sparsely furnished. Then they asked him a question which sent Paul’s mind reeling. “Would you like to come with us?” The only thing was, if he said yes, the decision would be permanent. He could not return. This was the story that Paul told his friends. Some of Paul’s friends were skeptical of the story, but others believed him. And then, soon something happened which would leave them no choice. Paul’s story is among the strangest of UFO contact stories, but it is not wholly unique. This video presents the true UFO encounter of Paul, and of two other separate cases involving different men — all who were apparently invited to live among the ETs. It’s something that happens more often than you might think.

1 thought on “Gone to Live with the Aliens”