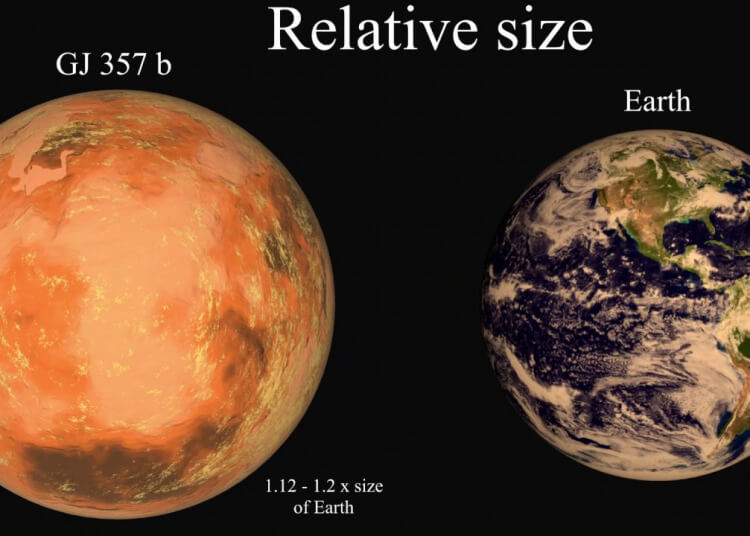 An international group of astronomers discovered the planet using NASA’s Transiting Exoplanet Survey Satellite (TESS) earlier this year in the constellation Hydra, about 31 light-years from Earth, according to a statement by NASA. (One light-year is the distance light travels in a year, about 6 trillion miles, or 10 trillion kilometers.)

The exoplanet, named GJ 357 d, is believed to be around twice the size of Earth and harbor six times Earth’s mass. Located in the outer edge of its host star’s “habitable zone,” scientists believe that this super-Earth could have water on its surface.

“If the planet has a dense atmosphere, which will take future studies to determine, it could trap enough heat to warm the planet and allow liquid water on its surface,” Diana Kossakowski, a researcher at the Max Planck Institute for Astronomy in Heidelberg, Germany, and co-author of the recent study, said in the statement.

The potentially habitable planet and two neighboring worlds were found orbiting around a dwarf star, around a third the size and mass of our own sun and 40% cooler. TESS noticed that the light coming from this small star dims slightly every 3.9 days — a clue that an exoplanet may be transiting its face.

That world is GJ 357 b, a “hot Earth” that orbits 11 times closer to its host star than Mercury does to the sun and likely has a surface temperature of around 490 degrees Fahrenheit (254 degrees Celsius).

But GJ 357 b’s possibly habitable neighbor planet soon stole the show. Further observations showed that GJ 357 d orbits its star every 55.7 days at a distance of around a fifth of Earth’s distance from the sun, and could have Earth-like conditions, according to a statement from Cornell University.

“We built the first models of what this new world could be like,” Jack Madden, a doctoral candidate at Cornell and co-author of the study, said in the statement. “Just knowing that liquid water can exist on the surface of this planet motivates scientists to find ways of detecting signs of life.”

The other planet in the system, GJ 357 c, is at least 3.4 times more massive than Earth and orbits the star every 9.1 days. GJ 357 c probably has a surface temperature around 260 Fahrenheit (127 C), NASA officials said.

The team hopes to soon be able to look for signs of life on the exoplanet with future telescopes.