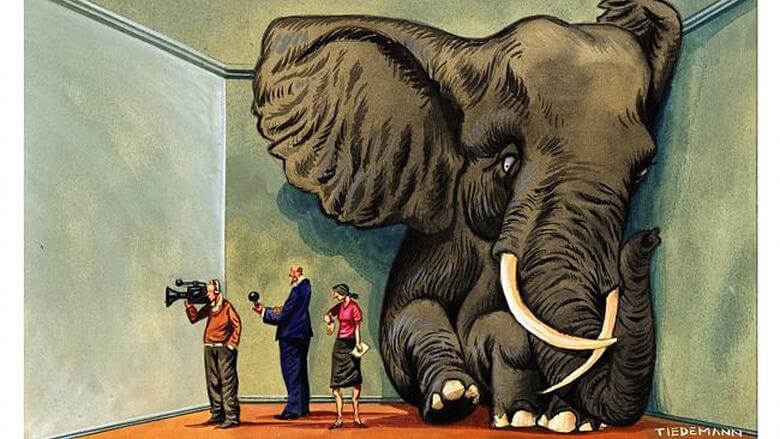 There’s a very big question that needs to be answered in the field of ufology, and it may be a question that we don’t understand for some time.

For decades, ever since Roswell pretty much put UFOs on the map in the United States, we have heard the tales of UFOs.  Sightings over major cities like Phoenix, AZ in 1997 and abduction phenomenon like Betty and Barney Hill’s story that just celebrated its 60th anniversary.  We have heard the tales from all sorts of people from all walks of life.  Military, doctors, lawyers, construction workers, stay at home parents.

No, the UFO game has never been about the mainstream media stigma, defining someone who believes in ufology as being someone who works the night shift at the gas station, wears many tinfoil hats, no dental plan, and has never made more than minimum wage.  We have heard the stories of men in black or the military shutting people up before they went public.  We’ve seen the talk shows from Oprah and Larry King to Joe Rogan and Jerry Springer cover the topic of aliens and flying saucers.  How many times have we watched the local news outlets talk about a UFO story with X-Files or Twilight Zone theme music playing in the background?

We’ve seen researchers for years looking into the conspiracy woven around this phenomenon.  The late Jim Marrs and the late Dr. Stanton Friedman helped bring credibility to this field with their ethical work, taking this overwhelming amount of evidence and putting legitimate research into the subject.  We’ve seen the likes of Richard Dolan, Grant Cameron, Daniel Sheehan, George Knapp and dozens of others put their careers on the line because of the magnitude of the topic and understanding if this subject comes out in the open, it will literally affect every single person on this planet.

There are very few instances where this level of impact could possibly happen.  Plague stronger than COVID, Jesus Christ resurrecting for a second time, or a nuclear holocaust would be the majority of the others.  We’ve seen a new, younger generation of researchers, who are more adept to today’s technical times come in and work the hell out of social media to get the topic more in the public eye, with success.  YouTube channels, Twitter, Facebook, Instagram have all been key playing areas for those who know the power of today’s ‘influencers’.

In 2017, we saw the creation of the To The Stars Academy.  Even though there was much controversy surrounding Tom DeLonge’s group, they were able to accomplish two very important steps:

1) Get the topic on air and taken seriously by journalists of all mediums (radio, television and print).

2) Thanks mainly to the dedicated work of Chris Mellon and Luis Elizondo, they were able to get sitting politicians to pay attention to what was exactly going on in America’s skies, from sea to shining sea.

The greatest accomplishment was that this subject was now being taken seriously, with real videos from veteran pilots and sailors who put their names and reputations on the line to confirm the story lines.  Commander David Fravor, the pilot to radar operators like Kevin Day.  The unfortunate part of the TTSA, was it was it’s own worst enemy, which eventually caused Mellon, Elizondo and Steve Justice to pack it in.

But here’s the interesting part of this newfound love of studying the UAP phenomenon, which also leads to the biggest question of them all.  We’re only seeming to be concerned with what’s happening on a military level.  It’s all about the United States Navy and Air Force, and what they know about these craft, or drones, that are entering their airspace.  When we hear any of the figureheads talking about this, like Senator Marco Rubio of the Senate Intelligence Committee, or John Ratcliffe, the former Trump Administration’s Intelligence Director who recently spoke out about a plethora of evidence, both video and photographic that hasn’t been released to the public yet. It’s all about what’s happening in military airspace.  They make it sound like these craft are only toying with America’s military.  They seem to have a lack of recognition to the fact that there are sightings daily of these craft over civilian areas around the world. People every day are filming strange anomalies in the sky.  There are thousands of sky watchers that are recording and photographing some pretty incredible happenings.  Yet, as of right now, it doesn’t seem to matter.

On June 25th, we are supposed to learn these answers.  Or will we?  That’s still up for debate when the now legendary 180-days expires.  We already have people like Elizondo saying it’s not enough time to produce a report of such magnitude when ‘National Security’ is on the line. Now I’m not saying the military branches of the United States shouldn’t be concerned, especially if these craft are from Russia or China.   If these objects are toying with the mighty warships of the US Navy, why hasn’t the Navy taken any of them out?  Especially when one is allegedly hovering over the helicopter pad of the USS Kidd?  Wouldn’t that be prime opportunity to fire on it, in an active firing zone?  Is this not a ‘threat’ enough for the Navy to take out whatever this is, to make sure as to whether or not its manmade?  What are the excuses?  This opens up a brand-new set of questions.  I’m paraphrasing a conversation I had recently with ‘Science Bob’, Dr. McGwier about this.  His point made sense.  What if they’re not from here, and we’re sending specifically chosen vessels out to communicate with them?  This is a theory that makes perfect sense, if they’re not man made.

But there’s a big question out there, that I’ve been pondering for a while that many people in the know have not been able to answer.  It’s a two-word question that we, as the public, need to be pondering aloud.  Why now?

Why, all of the sudden are UFOs an issue?  Why now, after decades of cover-ups, are UAP now a hot-pressed topic that needs budgetary needs?  What is going on where this is now an issue for the U.S. military that we need to inform the public what’s happening over our military installations and training grounds?  I ask again, why now?  I, for one, do not believe this is all because of the incredible pressure Chris Mellon, Lue Elizondo, former Nevada Senator Harry Reid or Robert Bigelow has put on politicians or the military to confirm or disclose.  I do not believe after years of telling us that nothing is ‘out there’, that this has now become a full-on mission to tell the world aliens, inter-dimensionals or other meta-terrestrials are pulling the strings of humanity.

What happened?  Why now?

It makes me wonder aloud, has humankind been tipped off or forewarned that something big is coming?  Are the aliens parked next door on the moon, waiting to make the final leap?  Are they us from the future?  Did then President Eisenhower really cut a deal in the 1950’s which traded alien technology for humans to study?  Is ‘Skinny Bob’ the alien ‘grey’ real?  Is Bob Lazar or David Adair telling the truth about Area 51? Many of these questions may sound farfetched as strange, conspiratorial talk, but how far off are they when we ponder the question, why now?

Today’s ufologists need to stop worrying or concerning themselves about the technology, or who’s bringing out the story?  We need answers as to why this is happening.  What’s going down?  We need to know, why now?   The rest is just filler to distract us from the actual reasons as to what’s really going on.

1 thought on “The Question Is …WHY NOW?”