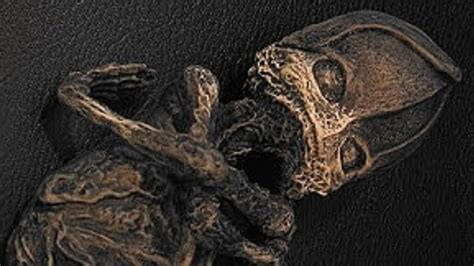 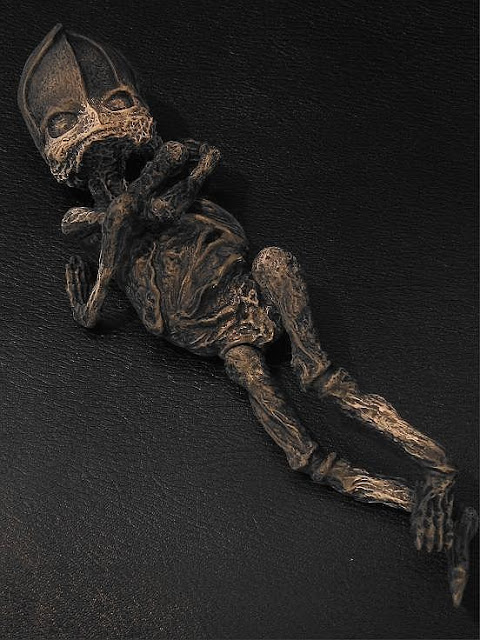 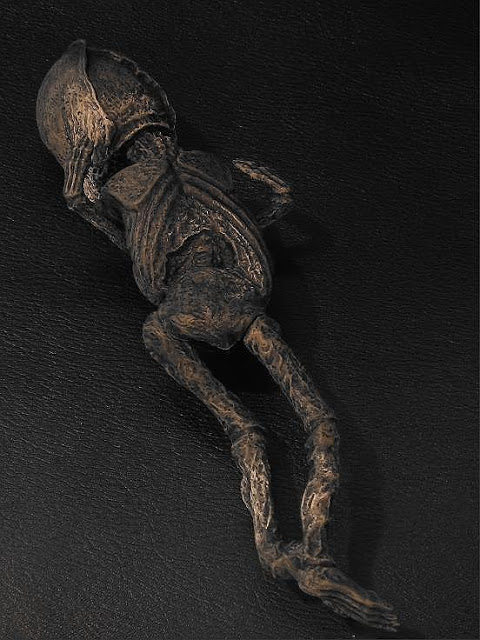 Date of discovery: 1996
Location of discovery: Kyshtym, Russia
Source: http://www.conspiracyclub.co/2015/06/16/alien-discovered-in-russia/
I don’t know how many times I have said this…aliens don’t have to be our height. They can be as small as insects. Humans one day with have the ability to clone humans…tiny humans to be used soldiers to infiltrate places normally off bounds. However if some of these soldiers escapes, they will create a growing population…a new civilization of amazing beings. Mars itself is loaded with evidence of tiny aliens smaller than this, about 3cm, others as tall as this one and others 3-5 meters. Life…it seems…doesn’t care if we believe its possible or not.
News states:

Despite an acute lack of details, this is one of the most interesting cases involving alien bodies. The story begins in 1996, when Russian police officers found the body of a miniature creature in the town of Kyshtym, in the Chelyabinsk region.Due to its small size and unearthly appearance, media outlets soon began calling it the Kyshtym alien. The local medical examiner who autopsied the body determined it was neither human nor animal. He believed it was a previously undiscovered life form. Dr. Stanoslav Samoshkin was in charge of the morbid anatomy department at the local hospital when authorities brought the alien body for analysis. After a thorough examination, he concluded: “THE CREATURE WAS NOT BY ANY MEANS A HUMAN BEING. THE HUMAN SKULL CONSISTS OF SIX BONES. THE SKULL OF THAT CREATURE WAS MADE UP OF 4 BONES. THERE WERE OTHER DIFFERENCES IN THE SKELETON STRUCTURE. THOSE ANOMALIES DIDN’T LOOK LIKE ANY CONGENITAL MALFORMATIONS KNOWN TO DATE.” Measuring nearly 10 inches in length, the mummified body had an enlarged and misshapen head. Its large eye sockets occupied most of its face. When it was alive, the Kystym alien must have looked quite different from us humans. Interestingly enough, it closely resembles Ata, another enigmatic mummified body discovered in the Atacama Desert in 2003. International media dubbed it the ‘Uralian Alien’ and the world was hungry for details. Stories soon began popping up. One of them mentioned the tiny alien had been found while still alive by Tamara Prosvirina, an old and barely literate woman. In August of 1996, Prosvirina heard a voice in her head telling her to go to the local cemetery, where she found the small alien inside a tomb. She took it home, baptized it Aleshenka and wanted to raise it as her son. Unfortunately, the alien died when Prosvirina fell ill and was hospitalized for a few weeks.This isn’t the only story about how the body was found. Other sources say Aleshenka had been found in the possession of Vladimir Nurtdinov, a local man suspected of stealing electrical wire. When his home was raided, he unwillingly gave police officers the small mummy wrapped in red cloth but never said where he got it. Even if its origins were unknown, the Kyshtym alien was a fascinating discovery. Ufologist and paranormal researcher Vadim Chernobrov flew in from Moscow to examine the body and concluded it was ‘sensational.’ Preliminary genetic analysis showed that it was definitely not human: “NO GENE SAMPLES AVAILABLE AT THE LABORATORY MATCH THE GENE,” CHERNOBROV SAID DURING A CONFERENCE ON ALIEN LIFE. “THE EXPERTS IN DNA RESEARCH HAVEN’T COME ACROSS ANY CREATURES WITH SUCH AN ELONGATED DNA MOLECULE.” 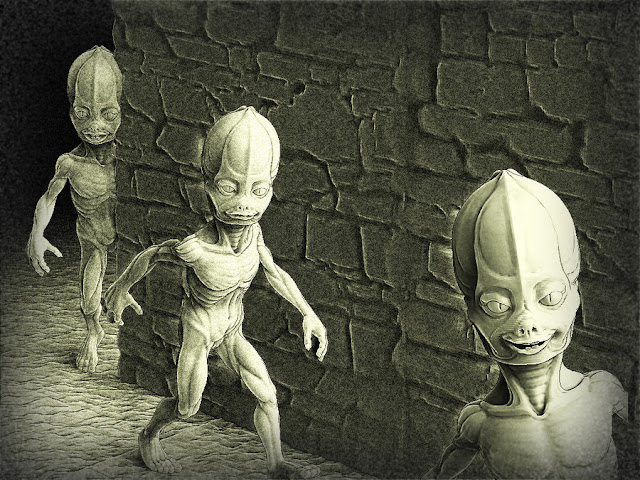 It would be great if an independent laboratory could verify Chernobrov’s claims but such a venture is unfortunately impossible. Amidst the commotion caused by the discovery, the mummified alien body vanished without a trace. A somewhat sketchy investigation concluded that somebody must have simply stolen the body from the hospital morgue where it was being kept. Over the years, many attempts to recover Aleshenka have been made. A Japanese TV show even offered a reward of $200,000 for information regarding the alien mummy’s whereabouts but was largely unsuccessful. But the story doesn’t end here. A series of strange accidents led to the idea that that the alien body was cursed. Sources claim that shortly after Moscow researchers started investigating the case, Tamara Prosvirina was fatally struck by a car. 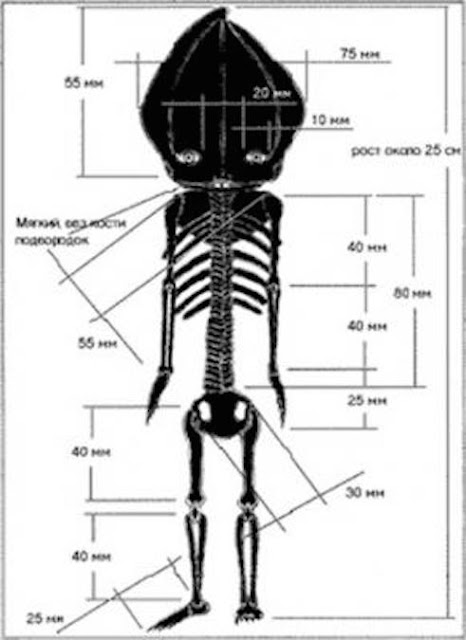 Chernobrov himself inexplicably became paralyzed from the waist down while researching this strange creature. His disease rapidly progressed and was soon dead. Another victim of the curse of the Kyshtym alien was academician Mark Milkhiker who fell ill while conducting his own investigation into this strange case. He suffered a fatal heart attack after returning to Moscow. Tracing and verifying the validity of these claims is difficult and would only prove they are embellishments later added to the story. But the fact of the matter is twenty years ago, somebody found the mummified remains of a creature from another world. If it were to turn up today, ufologists would have a field day.