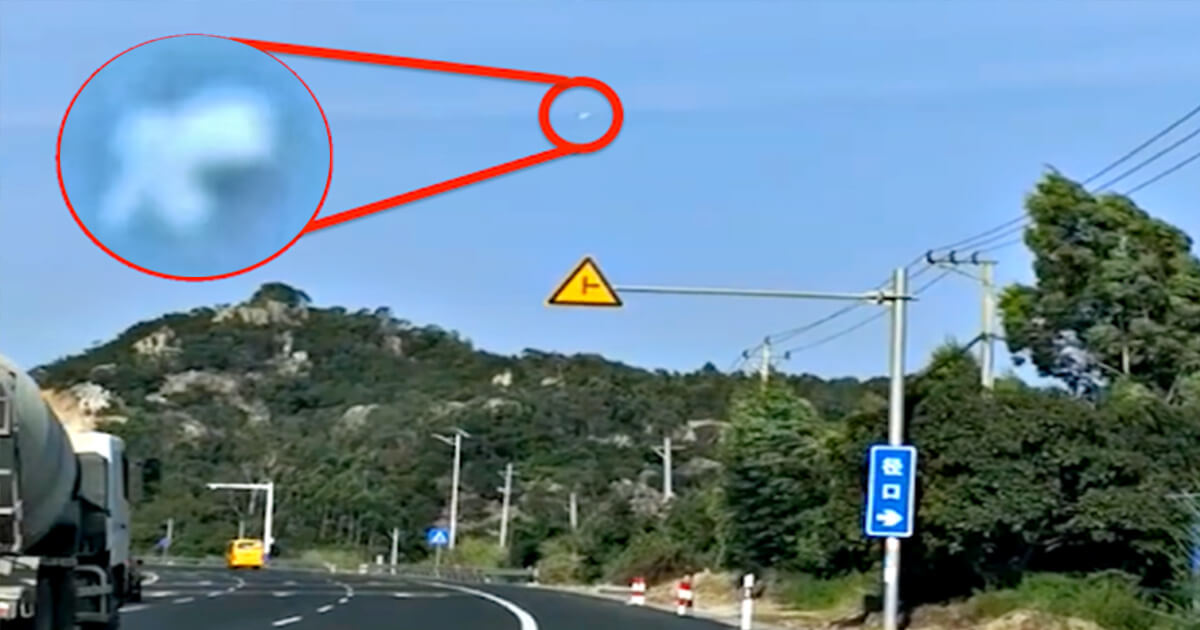 As time proceeds it seems as though we’re spotting more and more UFOs and aliens altogether which might be due to the fact that our technology is slowly catching up to them or because they no longer care about being spotted.

This is how we came across the following discovery from China of all places, more specifically in Changchow, Fujian, China. The footage you are about to see was taken on July 1st, 2020 and it was reported back to Scott C. Waring from UFO Sighting himself as he claimed to have been contacted by the person in the video and asked to report on it.

Scott said that he didn’t wish to leak the person’s name as this could lead to them actually being under attack by the Chinese government.

The footage shows this alien craft hovering above ground for well over half an hour at a time. The man in the video talks about how it is clearly a UFO and that it couldn’t be a blimp or anything else for that matter because of its overall shape and size.

The fact of the matter is that since it doesn’t have wings nor does it appear to be propelled up by anything human-made either this obviously means that it is floating about using technology we don’t currently have access to.

This is an incredible discovery, to say the least, and despite the fact that the video is not the clearest out there we still commend the driver for having spotted it in the first place.