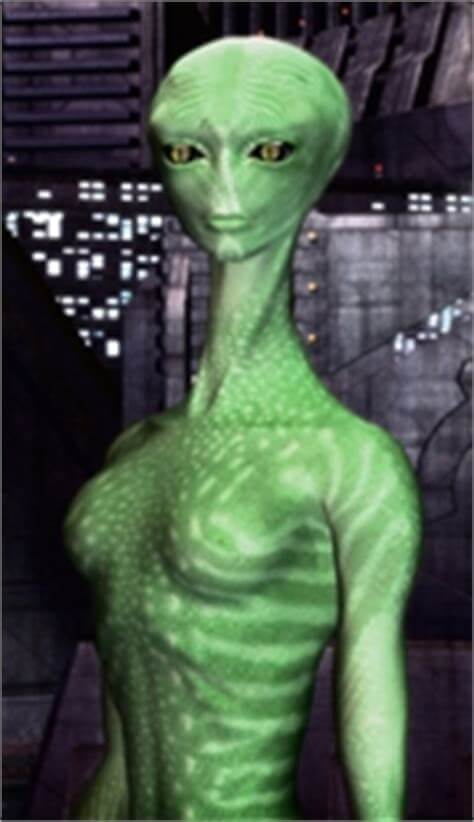 There are many cases where individuals claimed to have been abducted by aliens. Such stories lack perfect evidence of alien abduction but the injuries, body marks, lost memories, and details given by the witnesses sign a strange phenomenon that had happened to them. One such interesting incident occurred with Jim Sparks, who claimed to had been in a relationship with extraterrestrials, also known as “the Keepers,” for a long time.

Jim Sparks, an author of the book “The Keepers,” is considered to be the only alien contactee who remembers 95% of his encounter with aliens. It includes time travel, invisibility, multi-dimensionality, and manipulation of gravity and electromagnetic fields.

Originally, Sparks’ real name was Vincent Sparacino, he was born in an Italian family on November 15, 1954. He spent his childhood in Southern Florida and then moved to Texas in 1979. Later, he bought raw land in North Carolina and started living a happy life with his wife as a landowner but at the same time, he preserved land for trees.

Sparks’ first encounter with the otherworldly beings took place in 1988 at the age of 34. He said it was 3:30 a.m., and he was fully conscious of what was happening around him. He woke up by the low-pitched, whirling sound in his head. Soon, he realized that his body was paralyzed, and he could move neither his arms nor legs.

“I’m usually pulled the same way, which I call the ‘hard way’, and it’s completely physical. My whole body is taken. I wake up from my natural sleep, and then there’s the whirling sensation in the pit of my stomach and it feels like its’ coming up into my chest. when it gets up to my heart area, my heart starts beating fast, just racing in my head, and the whirling sound starts picking up rpm and is tremendously loud. It starts low and rises in pitch and screams in your head. The fear is like you’re going to die. Your heart is racing a million miles an hour and then you get this acceleration feeling, but I always feel like I’m being pulled down; I never feel like I’m being pulled up. It’s like I go down a roller coaster, only a hundred times faster, and whoom-you black out and you’re there, where it is you’re going to be, usually on board a craft.”

Sparks was 100% sure that he was pulled from his bed through the ceiling as other abductees have also claimed. The aliens have the technology that can create a field capable to move humans and other things through solid matter. What’s more, it could make things invisible. Sparks remembered that after he regained his consciousness, he found himself in a craft.

His next encounter happened in May 1995, but this one was a life-changing experience. During this meeting, he encountered reptilian humanoids.

He was again pulled up through the ceiling, again paralyzed, blacked out, and was taken to an abandoned amusement park. He felt no fear that time, he even enjoyed the ride.

“As my eyes opened, I saw that I was at least a thousand feet above the ground and slowly descending. Below me was an abandoned carnival park. I was floating over a large, old-fashioned wooden roller coaster and I wasn’t scared! I was calm and relaxed, and the ride was so gentle I was actually enjoying it.”

When Sparks landed on the ground, he found out that he was surrounded by dozens of tall humanoid creatures. Two-meter-tall aliens were standing around him in a closed circle, and everyone was looking at the alien on Sparks’ left. His face was covered with a luminous hologram superimposed by a human face.

The reptoids communicated through telepathy with Sparks. And it seemed to him that they were all directing their thoughts to the alien on his left. That is, it turned out that they had one mind.

He could see the moving lips of the alien with a human face, but he heard a voice in his head. The reptoids told him telepathically that their civilization had long been in contact with the government leaders and heads of power. As a result, it was possible to reach certain agreements that are kept secret from people, since humanity was not ready for the truth.

In particular, an agreement was reached with the governments to improve the environmental conditions on the planet with the help of alien devices and technologies provided to them, but they violated this agreement.

“It was also agreed that, in the meantime, steps would be taken to correct the environmental condition of your planet with our advice and technology. We say advice, because we respect the fact that this is your planet, not ours. Your government also broke this agreement.”

The planet is overpopulated to a critical level, and this can lead to the end of humanity. Then, the aliens suggested better ways to derive energy and provide food to people without destroying Earth. And some people in the governments are familiar with these technologies, but they are not taking any action because they take clean energy and abundant food as a security threat.

At the end of the conversation, the aliens said that in the near future, they would share more information with Sparks because of his work of saving trees.

Before they went away, Sparks requested them to show him their real appearance. The aliens warned him that it might scare him, but he insisted. Near the aliens, a greenish luminous spot appeared in the air, which gradually became brighter. It highlighted the enormous growth of the creatures, whose bodies were covered with powerful muscles. Their heads were like snakes. These were representatives of the reptoid civilization. The diamond-shaped eyes shone with red pupils.

“Their faces looked like a cross between a lizard and a snake — nothing at all like the little grey guys.”

After the communication with aliens, Sparks realized that the Reptoids were interested in saving humanity only to fulfill their needs because the disorientation in the human civilization could impose a serious threat to their own efforts.

He was well aware of the fact that if he told his story by himself, there might have been consequences and probably he would end up in some mental hospital, so he took the help of famous American investigative journalist Linda Moulton Howe to spread his story.