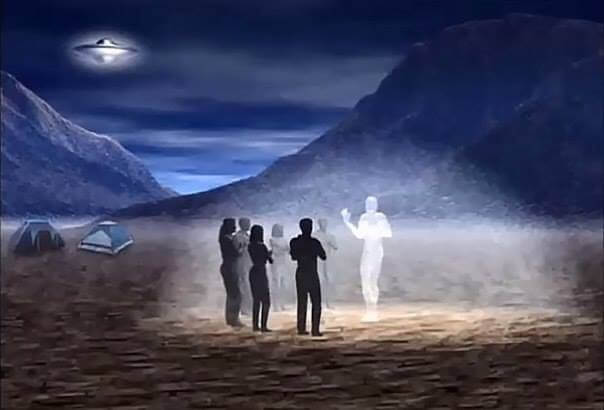 The CE-5 Initiative is a scientific and diplomatic program which endeavors to establish a cooperative, peaceful and sustainable relationship between humans and ANY and ALL ET “peoples” which may visit Earth.

CE-5 is a term describing a fifth category of close encounters with Extraterrestrial Intelligence (ETI), characterized by mutual, bilateral communication rather than unilateral contact.

The CE-5 Initiative has as its central focus bilateral ETI-human communication based on mutual respect and universal principles of exchange and contact. CE types 1-4 are essentially passive, reactive and ETI initiated. A CE-5 is distinguished from these by conscious, voluntary and proactive human-initiated or cooperative contacts with ETI. Evidence exists indicating that CE-5s have successfully occurred in the past, and the inevitable maturing of the human/ETI relationship requires greater research and outreach efforts into this possibility. While ultimate control of such contact and exchange will (and probably should) remain with the technologically more advanced intelligent life forms (i.e., ETI), this does not lessen the importance of conscientious, voluntary human initiatives, contact and follow-up to conventional CE-s types 1-4.

CSETI is the only worldwide effort to concentrate on putting trained teams of investigators into the field where 1) active waves of UFO activity are occurring, or 2) in an attempt to vector UFOs into a specific area for the purposes of initiating communication. Contact protocols include the use of light, sound, and thought. Thought – specifically consciousness – is the primary mode of initiating contact.

The CE-5 Initiative is a scientific and diplomatic program which endeavors to establish a cooperative, peaceful and sustainable relationship between humans and ANY and ALL ET ‘peoples’ which may visit Earth. CE-5 Initiative protocols are used to ‘vector’ UFOs into an area and then engage them in a peaceful, cooperative exchange using lights, sounds and other modalities. Working Group members are selected according to their ability to engage in this research in an open-minded and non-prejudicial manner which is free from premature and fear-based negative conclusions regarding the intentions of these visitors to our planet. The integrity of this diplomatic perspective is fundamental to the success of the CE-5 Initiative since it is probable that these visitors are capable of assessing the attitudes, motives and intentions of the Working Group members.

DO NOT use public land or federal land for a field site to do your contact work. We suggest that you use private property, with permission, and sometimes state parks in the United States can be good locations. Just make sure you find out if you need a permit, especially for groups of more than just a few people.

Except for the instructor, we are not using lasers during CSETI trainings. It is best if you minimize using them during your own field work and be very careful not to hit any aircaft or anyone in the eyes. It is best that just one person in the group be the person that uses the laser to signal.

1 thought on “The Future Of The CE-5 Movement Is Now!”